Drake: ‘I’ve Been in Love With Rihanna Since I Was 22’

The R&B superstar was chosen as the recipient of this year’s Michael Jackson Video Vanguard Award, and her frequent collaborator and rumored beau Drake was on hand to present her with the prestigious golden Moonman trophy.

Dressed in a formal tux, the “One Dance” star told the crowd at New York City’s Madison Square Garden: “The first time I met Robyn Fenty in 2005, she was shooting a music video at a restaurant called Avocado in (his hometown) Toronto. The song was “Pon de Replay” and the director of the video was Little X… I was introduced to her as a kid who played background music at the restaurant as people ate their dinner. It’s hard to believe 11 years later all three of us would come together to create the visuals for a song called “Work.”

“Today the world knows Little X as Director X, they know me as Drake and not the kid singing while you order pasta. But 11 years later, they all still know Rihanna as the one and only Rihanna.”

He went on to commend the star for “ascending to an untouchable level,” throughout her career, and noted she has stayed humble despite all her achievements, saying, “She succeeds by doing something no one in this music industry does which is being herself.”

Drake then confessed, “We love the woman who hasn’t changed since day one. She’s someone I’ve been in love with since I was 22 years old. She’s one of my best friends in the world. All my adult life, I’ve looked up to her even though she’s younger than me. She’s a living breathing legend in our industry. Ladies and gentlemen, the recipient of the Michael Jackson Vanguard Award for 2016: Rihanna.”

He handed her the trophy with a hug and simple kiss on the cheek, before the singer then gave her acceptance speech.

Rihanna performed four times throughout the ceremony, opening the show with a medley of hits “Only Girl (In The World),” “We Found Love,” and “Where Have You Been,” and ending with “Diamonds,” “Stay” and “Love on the Brain.”

Drake and Rihanna have been fueling reports they are back together after spending more time with each other over the last few months, as well as sharing several steamy sessions on stage as they performed their collaboration “Work” during Rihanna’s ANTI World Tour. 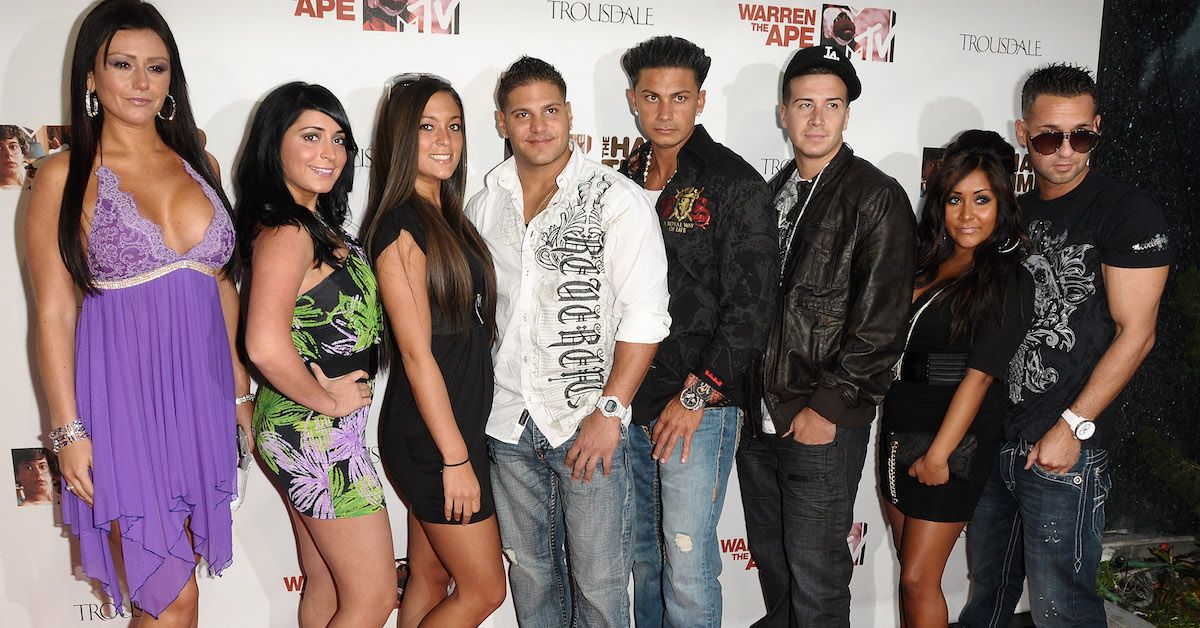 ‘Jersey Shore’: The GTL Crew Then and Now
From 2009 through 2012,  strains of the song “Get Crazy” by LMFAO ushered in each episode of Jersey Shore. For six seasons, there was nothing bigger in the world of ...
click here to read more
Advertisement - Continue reading below
Share  On Facebook