Whales are known to be some of the more intelligent animals on Earth. It’s said that some species of whales even have their own form of communication. When it comes to whales communicating with humans, though, we’re never going to speak their language. But that doesn’t mean we can’t understand what they want. That’s exactly what happened when a group of fishermen helped a humpback whale, potentially saving its life.

The story took place in Killarney Point in Sydney, Australia, where fishermen on a boat were met with a surprise visit from what they initially thought was just a friendly whale. The ocean behemoth kept poking its nose out of the water, spraying, and even playfully bumped the boat several times. Knowing it’s not often that you get that close to a humpback, the guys took a couple of selfies, but after a few more minutes, something told them this was more than just a curious whale.

Finally, they caught a glimpse of what was wrong.

Tangled in the whale’s mouth was a plastic bag and other debris strung through a heavy fishing line. According to experts, these items, if swallowed, could have easily caused an infection, or even starvation and suffocation, leading to death.

The whale wasn’t playing. The whale had been asking for help.

Reaching out to try and grab the fishing line, the fishermen attempted several times to pull the line free. In the video below, one finally grabs hold of it and removes the debris.

“Well done. That’s what he’s wanted all the way along,” said the man filming.

And what made the moment even more amazing? According to reports, after the whale was freed, it showed its appreciation by playfully poking its nose out of the water before finally swimming away.

“Then it was just here playing around, seemed quite happy about it,” one of the fishermen told NBC. “It was really inquisitive … sort of taking its eye out of the water and looking at us.”

How amazing is it that the whale knew to come to humans for help? Be sure to SHARE this great moment with all of your friends on Facebook! 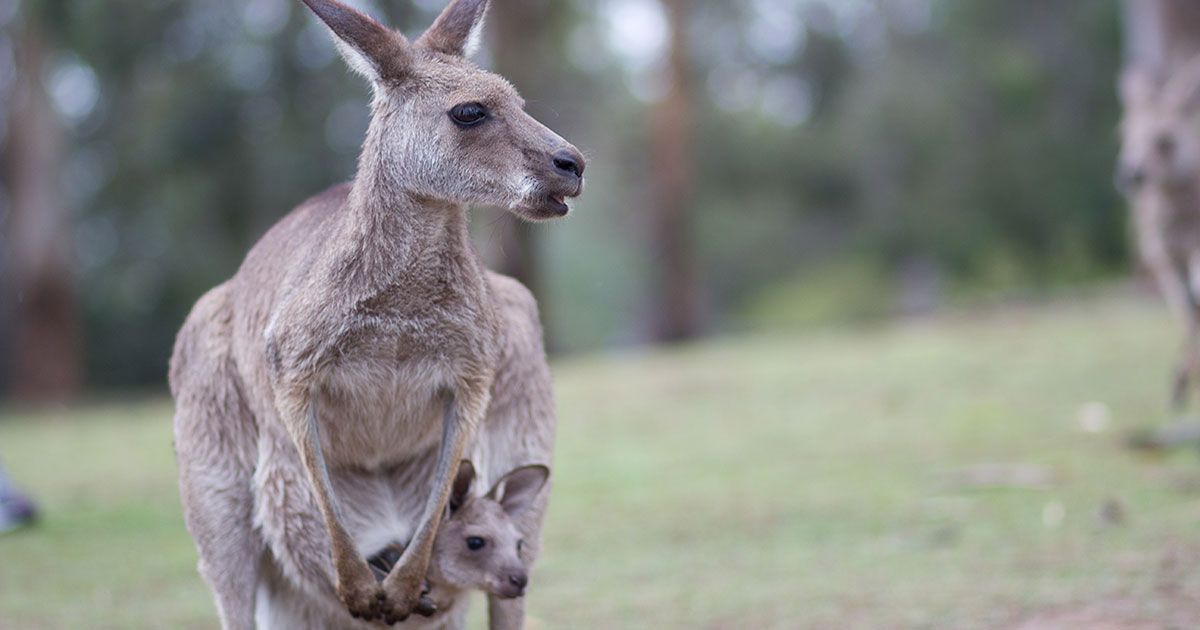 Adorable Photos of Kangaroo Joeys That You Need to See
Kangaroos are such fascinating creatures! They are the tallest marsupial, standing at 6’10”, and can even jump three times their own height! Their locomotion jumping gets them to travel at ...
click here to read more
Advertisement - Continue reading below
Share  On Facebook