One incredibly heroic German Shepherd was awarded the highest medal for valor in the United Kingdom.

On Tuesday, 12-year-old Lucca received the prestigious Dickin Medal, the animal equivalent of the Victoria Cross, which is the highest honor awarded for valor in the United Kingdom.

Trained to sniff out enemy weapons and explosives at a young age, the German Shepard served on 400 different missions for the Marines for over six years in Afghanistan and Iraq.

During her patrols, not one soldier died.

However, tragedy struck on March 23, 2012, when Lucca lost her front leg and suffered burns while sniffing out bombs. She was rushed to Germany for surgery. Remarkably, she was walking around just ten days later.

In a press release from The People’s Dispensary for Sick Animals, Lucca’s owner Gunnery Sergeant Chris Willingham explained how Lucca was the only reason that he made it home alive.

“Lucca is very intelligent, loyal, and had an amazing drive for work as a search dog. She is the only reason I made it home to my family and I am fortunate to have served with her. In addition to her incredible detection capabilities, Lucca was instrumental in increasing morale for the troops we supported. In between missions, I took the searching harness off and let her play and interact with the troops. Due to her personality, demeanor and proficiency as a search dog, Lucca made friends wherever she went.”

“Even when Lucca was injured, her good temperament and gentle nature never faltered. She has become an inspiration to everyone she meets and I am so very proud to see her decorated with this prestigious award,” Willingham concluded.

Lucca, we salute you! #PDSADickinMedal for dog who protected troops in Iraq & Afghanistan https://t.co/D6KVOMGhbr pic.twitter.com/yWwlqXVJBs

Retired from the battlefield, Lucca spends her days visiting schools and attending events in communities with her owner. She lives a happy and active life.

Willingham admits that he spoils the heroic dog at times.

“Today, I do my best to keep her spoiled in her well-deserved retirement,” Willingham said.

Check out the entire video of Lucca below. 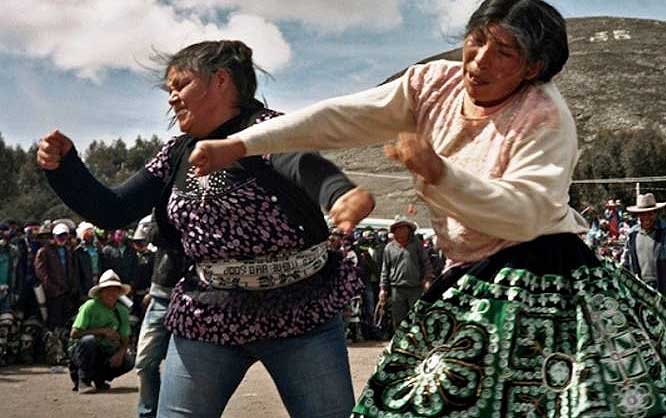 The Craziest New Years Traditions From Around The World
For many around the world, the New Year is more than a figurative time to start anew, it is a time for real change (for those who really stick to ...
click here to read more
Advertisement
Share  On Facebook