This 8-Year-Old Did Something Awesome for His Local Mailman

An 8-year-old boy by the name of Carmine McDaniel recently proved that you don’t have to do much in order to make a difference.

As summer reaches its peak, temperatures around the country are soaring, and Newport News, Virginia, is no exception. Temperatures climbed to the hundreds, making it super awful for those who have to work outside, but McDaniel knew he could help.

With some help from his mother, Terra, McDaniel left a cooler full of ice, Gatorade, and water on his front porch, according to ABC13 News. He also left a note, reading, “Mailman: Water & Gatorade in cooler. Have a good day.”

His mother recorded the moment when the mailman approached the house and saw the cooler with the note. She posted the security footage to Instagram where she writes, “Today was super hot so we left Gatorade and Water for the mail carrier, his appreciation was so sweet.”

Today was super hot so we left Gatorade and Water for the mail carrier, his appreciation was so sweet. ?

Her video went viral and McDaniel was praised for his generous deed.

Carmine will be on WVEC News Channel 13 again at 6!

A small good deed can go a long way. Good on you, McDaniel! 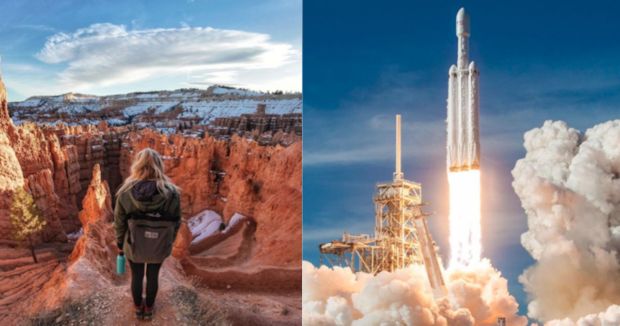 If You Love to Explore, These Are the Best Places to Visit in the US in 2018
Calling all travelers: It’s time to pack your bags! The United States is home to many beautiful areas just waiting to be explored. From road trips to beach excursions, you ...
click here to read more
Advertisement - Continue reading below
Share  On Facebook