Actress Abigail Breslin fears she will never be ready for the famous Dirty Dancing lift as she’s the “most awkward person in the world.”

The 19-year-old was cast as Baby in the upcoming TV adaptation of the classic 1980s movie in December, and rehearsals have begun, with the Little Miss Sunshine star diving straight into complex choreography, which she admits she’s struggling with.

“For me, who’s the most awkward person in the world, has never danced before, it’s so crazy,” she confessed to Entertainment Tonight. “I started with, yesterday, actually with Colt Prattes, who’s playing Johnny, who’s awesome and a professional dancer, and Nicole Scherzinger from The Pussycat Dolls… so I was so nervous.”

Despite her lack of dance experience, Breslin will have to tackle the famous lift, which Patrick Swayze perfected with Jennifer Gray in the film, and to suggest the actress is a little daunted by the prospect of recreating the scene is an understatement.

“I won’t ever be ready,” she laughed. “I want to have, like, somebody sign a contract saying I won’t die. ‘Cause if anybody could, like, kill not only myself, but the guy and, like, everybody in the room with us, it would be me, by doing that. I would fall in such a complex way that everybody would just die.”

Breslin joked her lack of dance prowess could prompt producers to rethink their casting decision, but she insisted she is doing her best to perfect her moves.

“I’m gonna get fired when they see this interview,” she giggled. “They’re gonna be like, ‘Whoa!’ But… I think I’m in good hands with the choreographers and everybody in the show.” 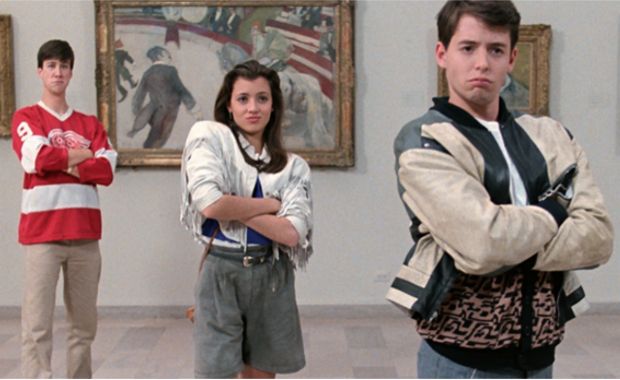