Adele ‘Offers to be a Surrogate’ to Gay Couple

May 5, 2016 | By Sara Wilkins
Advertisement - Continue reading below

Adele celebrated a gay couple who got engaged at her concert in Copenhagen, Denmark, by offering to carry their child.

The “Hello” singer was performing in the Danish capital on Tuesday when she welcomed Swedish couple André Söderberg, 18, and Simon Carlsson, 20, on stage after taking a liking to the outlandish plastic eyeglasses they were wearing.

Söderberg then shocked the crowd and his partner by getting down on one knee and proposing with a plastic ring.

A video posted by a fan on Instagram shows after Carlsson said yes, Adele jumped up and down and then hugged the newly betrothed pair.

The 27-year-old star then joked with the couple, “Should I be your surrogate if you have children? I’d love to have a baby with someone Swedish,” according to The Sun.

After the gig, Söderberg told the publication, “I had been thinking about asking him to marry me but when Adele invited us to the stage, it just happened. I thought, ‘Why not now?'”

“I had a plastic ring on which we had bought earlier in the day when we were buying costumes, so I took that ring and put it on his finger. What can I say – I just love him so much!”

His new fiance added, “It was a wonderful night. Everything was absolutely amazing and Adele is seriously the most wonderful person on this planet. I’ll never forget it!”

The couple are not the first romantics to get engaged at an Adele gig, as in March the singer spotted a man proposing to his girlfriend in the crowd at London’s O2 Arena. The musician then invited them on to the stage to share their happy moment with the audience.

Other stars who have seen couples agree to tie-the-knot at their concerts include James Bay and Ed Sheeran.

The European leg of the Adele Live 2016 world tour continues in Berlin on Saturday. 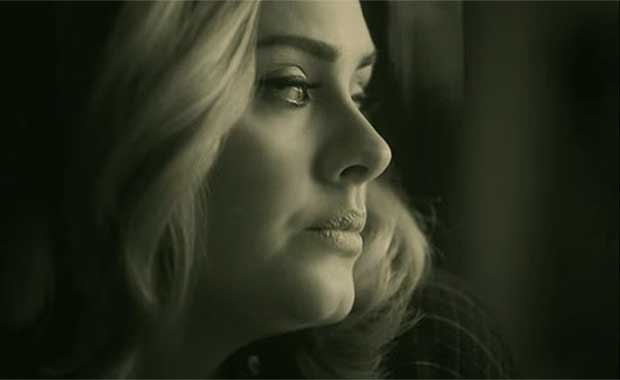