For years, fans have proposed a hidden secret in the beloved children’s classic, Aladdin, and now the filmmakers have confirmed the theory is actually true.

Ron Clements and John Musker revealed that the Peddler who appears at the beginning of the film introducing viewers to Agrabah and the fairy tale is actually Genie (voiced by Robin Williams) in disguise.

“That’s true,” Clements told E! News. “That was the whole intention, originally. We even had that at the end of the movie, where he would reveal himself to be the Genie, and of course Robin [Williams] did the voice of the peddler. Just through story changes and some editing, we lost the reveal at the end. So, that’s an urban legend that actually is true.”

The fan theory has been circulating for years and we’re sure some super-sleuths out there will be happy they can finally move on.

As to some other theories and urban legends from the film, the filmmakers revealed Aladdin was originally going to take place in Baghdad, Iraq, but due to the start of the Gulf War, they decided to change the name of the city.

And, as some are aware, there are plenty of folks out there who think Disney movies contain some rather adult humor and hidden jokes and Aladdin is definitely no exception.

For years, viewers have argued that in one scene Aladdin, while outside Princess Jasmine’s palace room, says, “Good teenagers take off your clothes,” a rather controversial phrase for a kids’ movie.

But Scott Weinger, who voiced the lead character, denies that rumor has any truth to it. 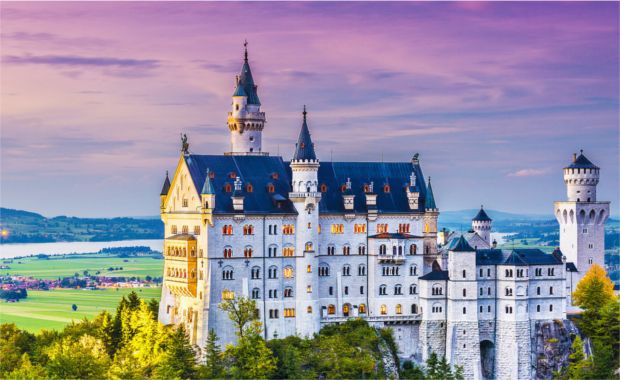 The Real World Locations That Inspired Disney Movies
For decades, the fairy tales of Disney films have captured our imaginations. While we love the characters, part of the allure has been the idyllic animated scenery brought magically to ...
click here to read more
Advertisement - Continue reading below
Share  On Facebook