A new study examining cat DNA proves that cats will always be cats.

According to a new research study, cats choose to domesticate themselves. The study, published in Nature Ecology & Evolution, analyzed ancient DNA from Romanian cats to modern day cats. In their findings, they concluded that cats lived alongside humans for thousands of years before domesticating themselves.

In total, the researchers studied over 200 cats from the last 9,000 years. Along with their findings about domestication, they found that DNA sequences have not changed much when comparing them to wildcats.

The researchers found that the natural domestication occurred because of mice and rats. The vermin where found near human crops, leading the cats to gravitate towards that area.

“This is probably how the first encounter between humans and cats occurred,” coauthor Claudio Ottoni of the University of Leuven told National Geographic. “It’s not that humans took some cats and put them inside cages.”

According to the study, cats were favorable to humans as companions because they cared for themselves.

“I think that there was no need to subject cats to such a selection process since it was not necessary to change them,” coauthor Eva-Maria Geigl explained to National Geographic. “They were perfect as they were.”

The ancient DNA findings also revealed the difference between the blotched and striped coat on cats. The different coats relate to the time period they became domesticated, showing different breeding patterns.

According to the American Veterinary Medical Association, there are currently 74 million cats living as pets in the United States alone.

“We’re discovering incredible things about where they’ve come from, how far they’ve gone, and what kind of impact they’ve had on humans,” Ottoni told National Geographic. “I think studying more about this species is going to open up even more about the domestication process.” 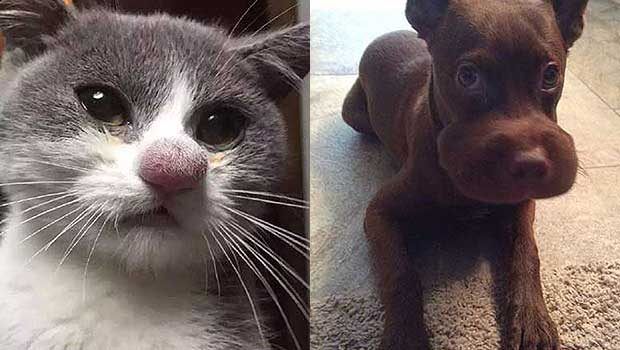