Andy Garcia has expressed his disdain for Fidel Castro, following the death of the controversial Cuban leader on Friday.

The actor and director, who was born in the country’s capital Havana but moved to the U.S. as a child, expressed his “deep sorrow” for those who had lived under Castro’s “totalitarian” regime.

“It is necessary for me to express the deep sorrow that I feel for all the Cuban people both inside and outside of Cuba that have suffered the atrocities and repression caused by Fidel Castro and his totalitarian regime,” Garcia wrote in a statement to Variety on Saturday.

“The promises of his so-called revolution of pluralism and democracy, were and continue to be a false promise and a betrayal of all basic human rights.”

The 60-year-old star also referenced Castro’s famous quote, in which the Communist leader claimed history would absolve him.

“The executions, persecution and imprisonment of political dissidents and the LGBT community, denial of free press, elections and religious freedoms, continue to be his legacy. He claimed that history would absolve him, but it can also condemn him,” he added.

The Ocean’s Eleven star expressed his support for the Cuban people, including those who escaped to the U.S. to flee Castro’s regime. Garcia said he stands with those who “love, cherish and celebrate liberty. Hard-working, helpful people who open their hearts and homes to all, whether in Cuba or in exile.”

Concluding his statement, Garcia called for a return to freedom in his home country.

“I pray for what I have always prayed for: the restoration of our constitution and absolute freedom for the people of Cuba,” he wrote. “That dream is very much alive, that fight is very much alive. Let the spirit of Jose Marti and Dr. Martin Luther King Jr. show us the way.”

The death of 90-year-old Castro was announced by his younger brother, President Raul Castro, on state television on Friday. His funeral will take place on December 4 after nine days of national mourning in Cuba. 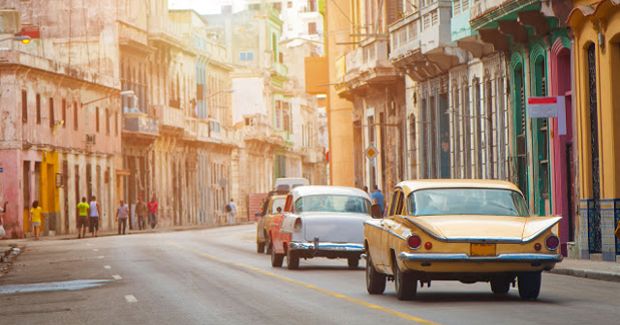 Here’s What You Should Know Before Traveling to Cuba
Cuba has recently become the prime destination for many American travelers since the U.S. and Cuba have reestablished diplomatic relations. However, it is still a little tricky to travel to ...
click here to read more
Advertisement - Continue reading below
Share  On Facebook