The 25-year-old musician accused the Gladiator star of assaulting her in a Facebook post, claiming he hurled racial slurs at her during the altercation, and she reportedly demanded an apology from the 52-year-old.

When that didn’t come she filed a report with Beverly Hills police on Sunday.

However, according to TMZ sources, it was actually Crowe who was the victim of the attack.

Reports suggest Banks was taken to Crowe’s room at the hotel by rapper RZA, who had been invited to dinner by the Gladiator star. The get together took a turn for the worse, according to the outlet, when Banks criticized the music Crowe was playing, laughing at the tunes and calling the actor and one of his guests “boring white men.”

“Multiple witnesses” tell the site the “212” hitmaker launched an attack on the actor and an unidentified woman when she came to the host’s defense and attempted to encourage Banks to drop her antagonistic attitude.

Sources tell TMZ.com that Banks said, “You would love it if I broke my glass, stabbed you guys in the throat, and blood would squirt everywhere like some real Tarantino s**t.”

She is said to have peppered her speech with the N word before apparently reaching for her glass – a move that prompted Crowe to reportedly grab his guest and carry her out of his suite. He then reportedly called hotel security guards and asked them to remove Banks from the premises.

An investigation followed, TMZ reports, during which at least four of the guests and witnesses at the dinner gave statements describing Banks’ behavior as “erratic.”

Rapper/producer RZA, who recently signed Banks to his record label, is reportedly aware that it was his date who used the racial slurs, not Crowe. 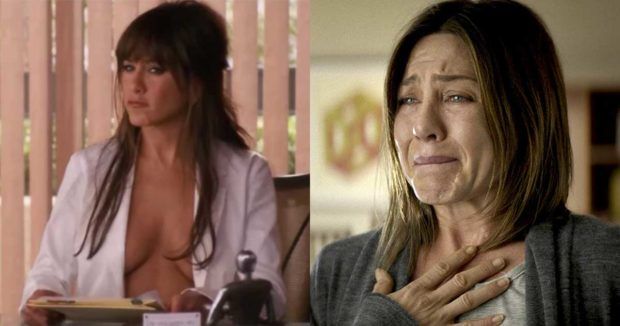 These Actors Completely Transformed Their Bodies for Movie Roles
There are actors who are willing to drop 10 pounds for a role, and then there are actors like Christian Bale, Tom Hanks, and many more who become their characters. ...
click here to read more
Advertisement - Continue reading below
Share  On Facebook