These Horses Get the Most Amazing, Beautiful Haircuts You’ll Ever See

When it comes to animal grooming, one clip artist is raising the bar to unbelievable standards with her beautiful horse haircuts.

Jillian Scott, or Jillian Scott Clipper Queen as her Facebook page displays, is a pet groomer in Kirk O’Shotts, North Lanarkshire, United Kingdom. Scott has made a name for herself offering finely detailed horse haircuts that go above and beyond the normal trim and have wowed her tens of thousands of fans.

“The idea came from one of my own ponies who had trouble with temperature regulation. In winter his long hair would make him overheat and sweat, which is unhealthy in the cold air,” Scott told Your Daily Dish about her beautiful horse haircuts. She continued:

“There is a girl in New Zealand who had done a couple of creative clips and she was my initial inspiration, I did the zebra print clip first which was fantastic for my pony, even spaces of hair and no hair throughout the body! He didn’t sweat during work nor was he chilly during the warm up/cool down phases.”

What started out as a way to simply provide greater comfort for her own pony soon turned into a viral sensation. Scott’s Facebook page boasts a fan-following of over 14,000 individuals. She’s won numerous styling competitions and has been featured in articles and magazines all over the United Kingdom, including BBC1.

“Designs can take anything from two to four hours depending on how complex they are, and if it’s one I’ve done before I can do it quicker because I remember the pattern,” she said.

And if you’re concerned the horses are in any discomfort during the process, Scott says most horses are quite used to haircuts and will only sometimes get a little nervous.

“Most horses are accustomed to being clipped, some can be a little nervous but that’s where the real skill is in my opinion, being able to calm down an animal enough to do the job without stressing them out,” said Scott. “If a horse is particularly nervous then I would explain to the owner that complex designs were not possible as it’s not worth stressing the horse out; we would work gradually with them to get them used to the clippers over a period of time.”

Scott added, “This doesn’t bother the horses… They’d be standing in their stable anyway eating hay, which they still get to do while I’m clipping.”

And like humans, horses experience different hair-growth rates, so a design can last several months.

“Different horses grow coats at different rates,” said Scott. “The winter hair that requires clipping grows through from around September to January, it would then stay the same length until it sheds its winter coat for the finer summer hair that doesn’t need removal. Some horses will need [to be] clipped around three times a season but others only once, all dependent on the individual.”

Check out more of Scott’s beautiful horse haircuts below and head over to her Facebook page to follow new designs as she creates them. 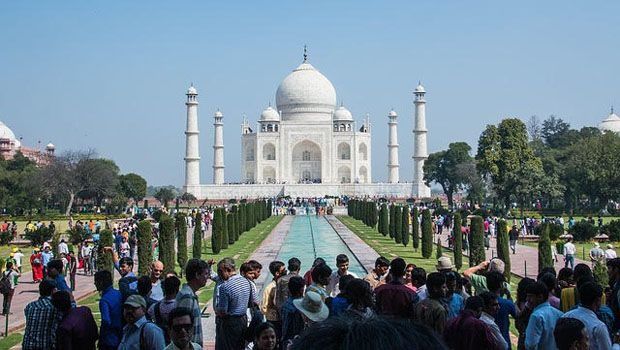 Vacation Spots That Are Actually Disappointing in Real Life
From Venice to Machu Picchu, destinations of adventure and authenticity are constantly calling our names. These types of locations boast world wonders and national symbols of human and natural greatness. ...
click here to read more
Advertisement - Continue reading below
Share  On Facebook