Armstrong was stripped of his seven Tour de France wins and banned from professional cycling for life in 2012 when he was found guilty of doping throughout his career, and he confessed to some of the allegations in 2013.

Foster, the 3:10 to Yuma actor, who has previously gone to extreme lengths to prepare for roles, admits he took drugs to understand the character, but would not recommend it as they made him lose his mind.

He told The Guardian newspaper, “I don’t want to talk about the names of the drugs I took… Even discussing it feels tricky because it isn’t something I’d recommend to fellow actors. These are very serious chemicals and they affect your body in real ways. For my own investigation it was important for me privately to understand it. And they work.”

“There’s a fallout,” Foster added. “Doping affects your mind. It doesn’t make you feel high. There are behaviours when you’ve got those chemicals running through your body that serve you on the bike but which, when you’re not… I’ve only just recovered physically. I’m only now getting my levels back… I don’t know how to separate the chemical influence from the psychological attachment that I had to the character. If it’s working, it keeps you up at night. This is losing your marbles, right? They’re definitely rolling around. They’re under the couch but they’re retrievable.”

The Program, which charts Armstrong’s rise and spectacular fall from grace, is due to premiere at the Toronto International Film Festival in Canada over the weekend. 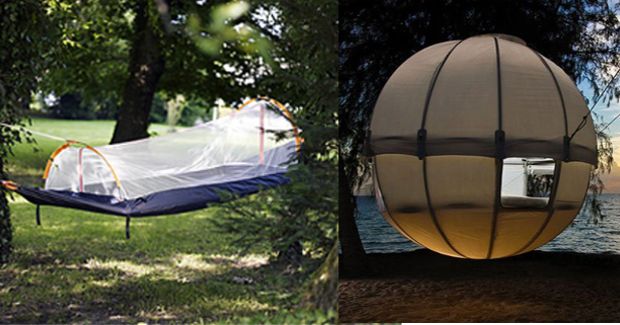 Ditch the Ordinary! Pitch These Unusual Tents on Your Next Camping Trip
Say goodbye to that old and boring tent! Next time you go camping, try and pick up one of these unusual ones. If camping is not normally your thing, you may want ...
click here to read more
Advertisement - Continue reading below
Share  On Facebook