Bill Murray was honored by friends, family and co-stars as he accepted the Mark Twain Prize for American Humor on Sunday night.

Sigourney Weaver, David Letterman, Steve Martin and Emma Stone were among the famous faces paying tribute to the 66-year-old actor as he was presented with the prestigious prize during a ceremony at the John F. Kennedy Center for the Performing Arts in Washington, D.C.

Wearing a black suit with a cream button hole and a bright blue bow tie, Murray sat in a box with his relatives as he listened to more than a dozen of his friends and former colleagues wax lyrical about his success, with some also taking the opportunity to gently jibe the actor.

However, the experience of listening to such gushing statements was not easy for Murray, who told the audience, “It’s really hard to listen to all those people be nice to you for two days. You just get real suspicious.”

The Ghostbusters star then turned serious to explain that his success in Hollywood is down to the love from his family and friends.

He also paid tribute to his older brother Brian Doyle-Murray, who supported his eight siblings after their father died, saying, “My brother had more guts than anyone I ever knew, and the only reason I’m here tonight is because of the guts of my brother Brian.

“He’s been waiting a long time to hear that.”

One of the most humorous moments of the evening came when Miley Cyrus took to the stage to perform Frank Sinatra’s “My Way.” After botching the lyrics to the classic track, Cyrus let rip with a string of expletives and used an excuse about having smoked too many cigarettes.

Despite not having a microphone, Murray then stood up and joked with Cyrus that she should re-do the performance, which was being taped for broadcast on PBS on Friday.

“We’re safe now. How ’bout those pipes? Do it again! Do it again!” he shouted, as the audience laughed. When bosses gave Cyrus the go-ahead to try a second time, a delighted Murray said, “This is live entertainment! This is happening now in Washington, D.C. – the 51st state! If it had statehood, that wouldn’t have happened!”

Other people who paid tribute to Murray included chat show host Letterman, who had the actor on his program 44 times. During his speech, Letterman recalled a touching story of one of Murray’s appearances back in 2003, which took place just a week before his son Harry was christened.

After the show, Letterman received a parcel at his office which contained a handmade linen christening gown from Ireland, sent by Murray.

“It’s the kind of thing that should happen in everybody’s life.” 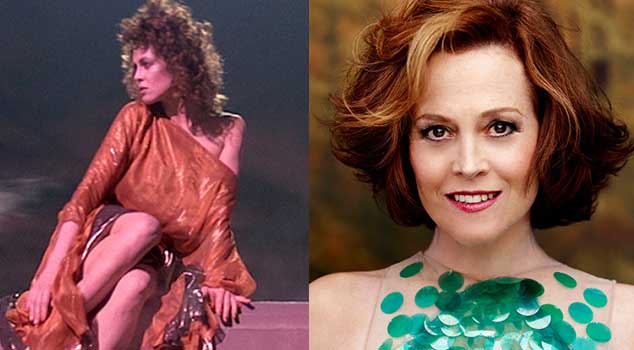