On Sunday afternoon, members of the Wichita, Kansas Police Department and the local Black Lives Matter group decided to take a break from the confrontation and anger, and had a barbecue instead.

Rather than stage yet another protest following the difficult events of the past few weeks, Black Lives Matter worked with the police to organize the First Steps Community Cookout. The goal was to start a real conversation between the groups, which is often difficult within the tense atmosphere of a protest.

Officer Davidson streamed part of the event on the Wichita police department’s Facebook page. Around 2,000 people attended the party, and all seemed to be enjoying the food, music, bouncing castle, and community.

“This is a great event for us to just break down the barriers and open lines of communication, and just everybody getting to know each other on a personal level,” said Davidson.

“I really think it’s a good idea that this came together. I’m surprised at the turnout. I’m shocked,” said a woman who was out enjoying the sunshine. “I’m not from here, so, to see the city like this come together, I think it’s wonderful.”

Police Chief Gordon Ramsay gave a speech and offered concrete steps to help improve relations between police and the community. Having met with activists, he declared himself in favor of external reviews of police-involved shootings, and civilian reviews of police departments.

“I want the community to be comfortable and know how in-depth we look at complaints,” said Chief Ramsay. “Part of that is allowing citizens to come in and look at the complaints, and see what we’ve done, and make recommendations for policy changes, or training recommendations.”

Finally, Chief Ramsay announced he would support “cultural competency and diversity training” within the department, letting an activist explain the concept:

Chief Ramsay also said he wanted to take steps to ensure that officers were able to spend more time with the community, so that personal connections could be formed, before concluding, “I want to tell you guys I’m committed to this. We’ve got to change the rhetoric from pointing fingers and yelling at each other to working together and making things better.”

Or, as Conlee Borchard posted on Facebook: “We are on the road to real, life giving solutions. We are breaking down barriers. We downed over 2,000 hamburgers and hot dogs, built relationships, laughed, cried, and danced. This is what humanity was designed to do.” 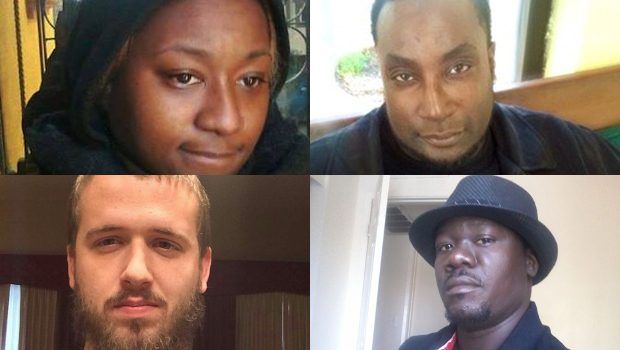