Sources tell E! News TV bosses asked the singer, who joined the show in the wake of her marriage split after Cibrian found love with country star Leann Rimes, to leave the program, citing problems between her and other cast members.

Glanville and executives at cable channel Bravo, on which the show is aired in the U.S., have yet to confirm the news.

She joined the show as a full-time cast member in season three and appeared frequently throughout the most recent season five, alongside Kyle and Kim Richards, Lisa Vanderpump, Eileen Davidson, Yolanda Foster and Lisa Rinna.

Filming for season six is set to begin shortly. 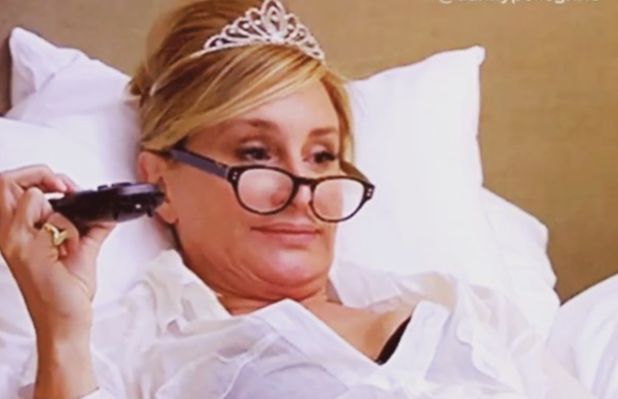 20 Most Outrageous Moments of the ‘Real Housewives’ Franchise
In 2006, television producer, Watch What Happens Live! host, and quasi-psychopath Andy Cohen realized that footage of filthy rich D-List celebrities fighting was an untapped gold mine. Thus: the mega-successful, hilarious, ...
click here to read more
Advertisement - Continue reading below
Share  On Facebook