Burger King debuted its newest burger concoction called The Extra Long Buttery Cheeseburger on Monday. The burger will consist of two beef patties flavored with a buttery garlic sauce, onions, iceberg lettuce, ketchup, mayonnaise and American cheese on a toasted hoagie bun.  The burger is very similar to Jack in the Box’s The Buttery Jack.

Burger King now has an extra long cheeseburger smothered in butter as we continue to despondently trudge toward humanity’s shallow grave.

Let's deliberately kill off our customers, says @BurgerKing, as it releases a butter-smeared extra-long cheeseburger https://t.co/hCgOSoQGOh

The new burger is not the only fast food item added to the menu. The burger chain announced it is adding two new shakes to its menu. The first one is called the Oreo Irish Mint shake, which is a mixture of Oreo crumbs and mint.

The second shake is called the Dr. Pepper float which is the the hand-spun version of the popular soda dessert.

Burger King has been on a roll in 2016, adding new items to its menus. They recently introduced the Jalapeno Chicken Fries. Last year, they added the Frozen Surge, which is a citrus-like soda. 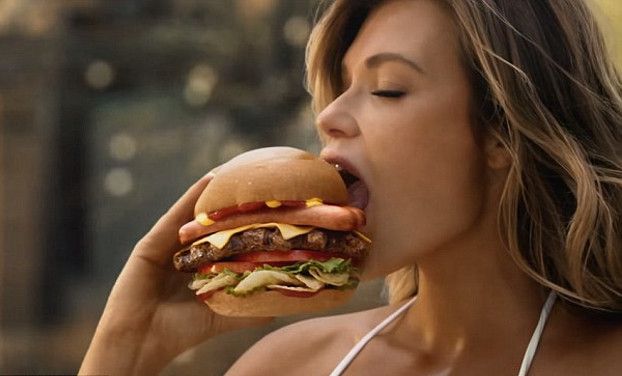 Weirdest, Craziest, and Just Plain Most Disgusting Fast Food Items Ever Created
We all know fast food is not good for the body. Despite this, an American frequents these joints on average some 159 times per year. Still, with all the business, ...
click here to read more
Advertisement - Continue reading below
Share  On Facebook