The chorus of Carly Rae Jepsen’s catchy Call Me Maybe hit has been named the best of the new millennium in a Billboard survey.

Music experts have compiled a 100 Greatest Choruses of the 21st Century list, featuring hits from 2000 to today, and Jespen’s 2012 song tops the countdown.

Naming it number one, a Billboard staffer writes: “How do we know that this is the best chorus of the 21st century? Well, maybe because “Call Me Maybe” spent nine weeks on top of the Hot 100, infiltrated every corner of pop culture from Sesame Street to the U.S. Olympic Swim Team, and made a girl-next-door pop superhero out of singer-songwriter Carly Rae Jepsen…

“All in all, the best part of the “Call Me Maybe” chorus was how it ended up summarizing our own feelings about the song — the giddiness, the awkward excitement, and the feeling of how we never knew how much we needed a song like it in our lives until it showed up.”

“Call Me Maybe” beats Kelly Clarkson’s “Since U Been Gone” to the top spot, while The Killers’ “Mr. Brightside,” Outkast’s “Ms. Jackson,” and “The Middle” by Jimmy Eat World round out the top five.

The full top 10 from the 100 Greatest Choruses of the 21st Century list is: 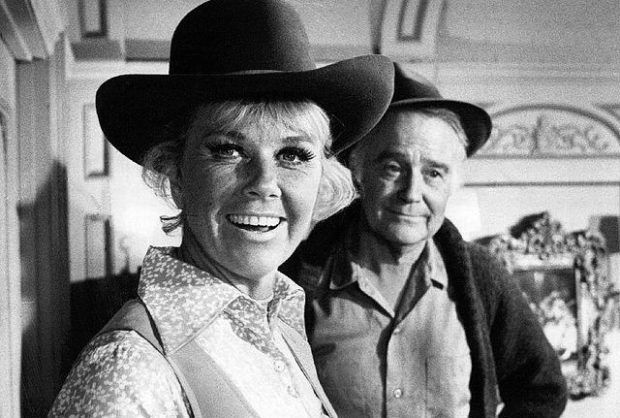 The Truth About Doris Day’s Life Will Bring You to Tears
Throughout the Golden Age of Hollywood and beyond, Doris Day seemed to have it all. She managed to charm audiences everywhere on the big screen with her innocent demeanor and ...
click here to read more
Advertisement - Continue reading below
Share  On Facebook