Cat Dubbed the Most Beautiful Cat in the World

You know that feeling when you’re jealous of a cat? Yeah…

Coby the cat just might be the Internet’s – nay, the world’s – most beautiful cat. Try not to get lost in his eyes, I dare you. The young cat’s Instagram page has amassed nearly 300,000 followers since its inception in June 2015 and keeps growing day by day.

The British shorthair was adopted by Rebecca, who told Mashable, “I fell in love with his blue eyes and fluffy white coat. He fell asleep in my arms and the rest is history.”

Coby almost looks like a stuffed animal or some concoction made in Photoshop, but we assure you, he is real.

Coby is frequently featured in dashing outfits, seeming to fit his persona, as well as doing typical “cat things,” like making weird faces for no reason, crawling through tunnels, and looking pissed off.

Rebecca also revealed Coby isn’t like most cats. In fact, he loves water and bath time. His social media page reads that he loves “playing with my ducky in the tub.”

I was told there would be tuna in bed…?

Ready for my New Years kiss??

Santa claws is coming to town?

There's a loose thread hanging from my office chair. Clear my schedule. 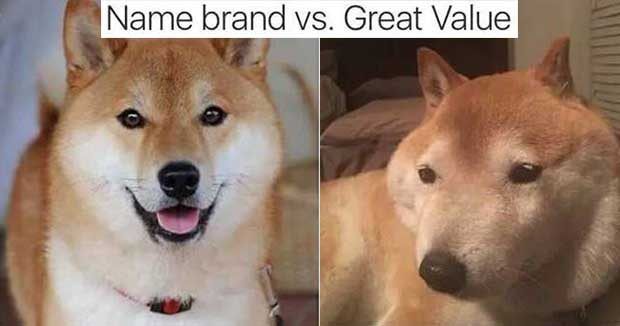 Just 17 Pictures of Dogs That Will Make You Laugh Until You Cry
Dogs. Seriously, can they be any better? They’re adorable. They’re loving. They cheer us up when we’re sad. When we’re happy, they make us happier. Sometimes they’re such dinguses we ...
click here to read more
Advertisement - Continue reading below
Advertisement - Continue reading below
Share  On Facebook