It is always a special moment when a human reunites with their missing pet — especially if that pet was found over 225 miles away from home.

Last week, Dana Esses and her family traveled from Brooklyn to the Great Escape Lodge in Queensbury, New York. After arriving at the destination, the 39-year-old noticed a cat trapped under the hood of her Honda Odyssey — and it was likely there during the entire 3 1/2-hour journey.

“It was a shock, to say the least,” Esses told the New York Daily News.

The family immediately contacted the Warren County SPCA for help. Chief Humane Officer Jim Fitzgerald attended to the care of the cat.

“When I first saw it, I said, ‘Is it alive?’” Fitzgerald told The Post-Star. “Then I saw it move. It was a little standoffish at first and a little lethargic, but he let me get him out.”

Fitzgerald reportedly managed to safely extract the cat from the car.

“It found its way up through the back of the block, and then it had to come up through the front of the engine, and then crawl back down into a compartment,” Fitzgerald told New York television station WCBS.

After the cat rested and received veterinary care, the Warren County SPCA shared the story to Facebook in the hopes of finding the owner. As of January 31, the story received over 2,300 shares.

*****So this story gets better! With all your sharing we are almost positive we found the owner! A gentleman from…

When the story went viral, Raven Huang of Brooklyn identified the cat in the Facebook post as his feline, Gumbo, who went missing on January 14. Huang drove all the way up to Queensbury to reunite with his missing cat and thanked everyone for helping the cat trapped under the hood. It was an incredible moment to be reunited.

“It is very comforting that there are a number of great people out there,” Huang told The Post-Star. 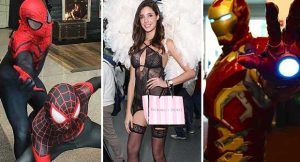