Chick-Fil-A Employee in Sling Gets Recognition He Deserves

A teenage Chick-Fil-A employee recently captured the hearts of people everywhere when a photo of him working the register in a neck brace and sling went viral. The teen in question is Jakeem Tyler of Avon, Indiana.

Tyler’s dedication to the job impressed customer Cameron Nelson — who posted the photo of Tyler to his Facebook page.

Nelson wrote in his post that the line for the drive-thru was too long, so he decided to go inside and order. That’s when he spotted Tyler.

“We sneeze too hard and decide to call in, but he’s working like nothing’s wrong,” Nelson wrote.

After speaking to Tyler, Nelson discovered that he had been injured in a car accident. He was working because he needed the money and also wanted to use some of the money to feed the homeless for Christmas.

So, Nelson decided to help Tyler’s cause and created a Go Fund Me page — where he’s raised nearly $10,000.

“I wanted to create this GoFundMe page to help him along his mission & (sic) show some support,” Nelson wrote on the page.

When questioned about Tyler, Chick-Fil-A released this statement:

“Jakeem is a phenomenal young man and an outstanding team member. He is an inspiration both in terms of his work ethic and commitment to serving others. Although he was in a car accident recently, he returned to work after being cleared by his doctor and with the support of his family so he could not only serve alongside his team in the restaurant but also earn money to give back to others. We are beyond proud of Jakeem and support his efforts to serve the homeless in our community. In regards to the money being donated on his behalf: Jakeem is grateful for the support of the community. How he decides to utilize the money is up to Jakeem and his parents.” 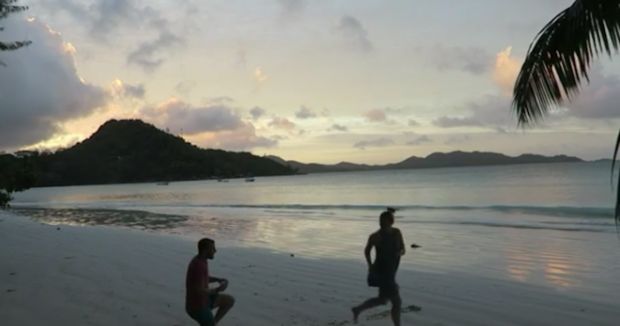 Proposal Fails: There Was Nothing Yes-Worthy About These Attempted Engagements
For most couples, getting engaged is one of the best days of their lives. It marks the beginning of their journey toward wedded bliss. However, occasionally things go wrong, leading ...
click here to read more
Advertisement - Continue reading below
Advertisement - Continue reading below
Share  On Facebook