Rock ‘n’ roll pioneer Chuck Berry has died at the age of 90.

Police in St. Charles County, Missouri responded to a medical emergency at his home on Saturday, where the star was found unresponsive. Officers tried to revive him, but he was subsequently pronounced dead.

Born Charles Edward Anderson Berry in St. Louis, Missouri, the rocker got an early start in music when he made his first public performance as a teenager at the local Sumner High School.

His career plans stalled for three years when he was arrested and jailed for armed robbery after attempting to commandeer a car at gunpoint with a broken pistol. He was released on his 21st birthday in 1947.

He began taking on gigs as a guitarist for various bands in his hometown to substitute his income from holding down other menial jobs. However, he started to make a name for himself performing alongside the Johnnie Johnson Trio, and they would later become long-time collaborators.

A chance meeting with blues star Muddy Waters in Chicago, Illinois in 1955 led to his first record deal, after the late singer suggested he get in touch with Leonard Chess of Chess Records. He signed to the label that year and his first release on contract, a song called “Maybellene” – a cover of Bob Willis’ “Ida Red,” shot to the top of the Billboard Rhythm and Blues chart, and reached number five on the Hot 100 countdown.

In 1956, Berry joined forces with other rising stars like the Everly Brothers and Buddy Holly to tour the U.S. His country music-inspired blues tunes gained him hit after hit, and he scored more than a dozen top songs – such as “Johnny B. Goode,” “Rock and Roll Music,” and “Sweet Little Sixteen” – between 1957 and 1959.

A savvy businessman, Berry opened his own St. Louis nightclub, called Berry’s Club Bandstand, in 1959 – but the venture landed him in trouble months after opening following the appointment of an underage girl he met in Mexico and had hired to work in the bar.

The 14-year-old was subsequently fired from her job and was arrested on charges of prostitution. Berry found himself caught up in the scandal when he was arrested under the Mann Act – a law that banned the interstate transport of females in a bid to prevent prostitution, human trafficking and immorality.

Berry went on trial and was sentenced to five years behind bars after being convicted. He was also fined.

He managed to resurrect his career after he walked free in 1963 with songs like “You Never Can Tell,” “Nadine,” “No Particular Place To Go” and his only U.S. number one hit, “My Ding-a-Ling.”

Berry spent the majority of his time in the 1970s on the road, but he was jailed once more, for four months, in 1979 after pleading guilty to tax evasion. As part of his sentence, he was ordered to complete 1,000 hours of community work, playing a number of benefit concerts.

He also got the opportunity to perform at the White House on June 1, 1979 at the request of then-U.S. president Jimmy Carter, before releasing what he claimed would be his final studio album, title Rockit, that same year.

Berry continued to perform for fans, playing shows across the world, and as he celebrated his 90th birthday in October, he announced plans to release of his first album in 38 years.

In a statement, he revealed his new record, titled Chuck, would contain a number of original songs written, recorded and produced by him, and would be released by Dualtone Records in 2017, although a specific date was never announced.

In addition to his live work, Berry also featured in 1956 film Rock Rock Rock singing “You Can’t Catch Me,” and had a small speaking part as himself in 1959’s Go, Johnny, Go!, in which he can also be seen performing songs like “Memphis, Tennessee” and “Little Queenie.” He was portrayed on screen by rapper/actor Mos Def in biopic Cadillac Records, which was released in the U.S. in December 2008.

Berry, whose songs were covered by the likes of the Rolling Stones and The Beatles, is survived by his wife Themetta ‘Toddy’ Suggs, who he wed in 1948. 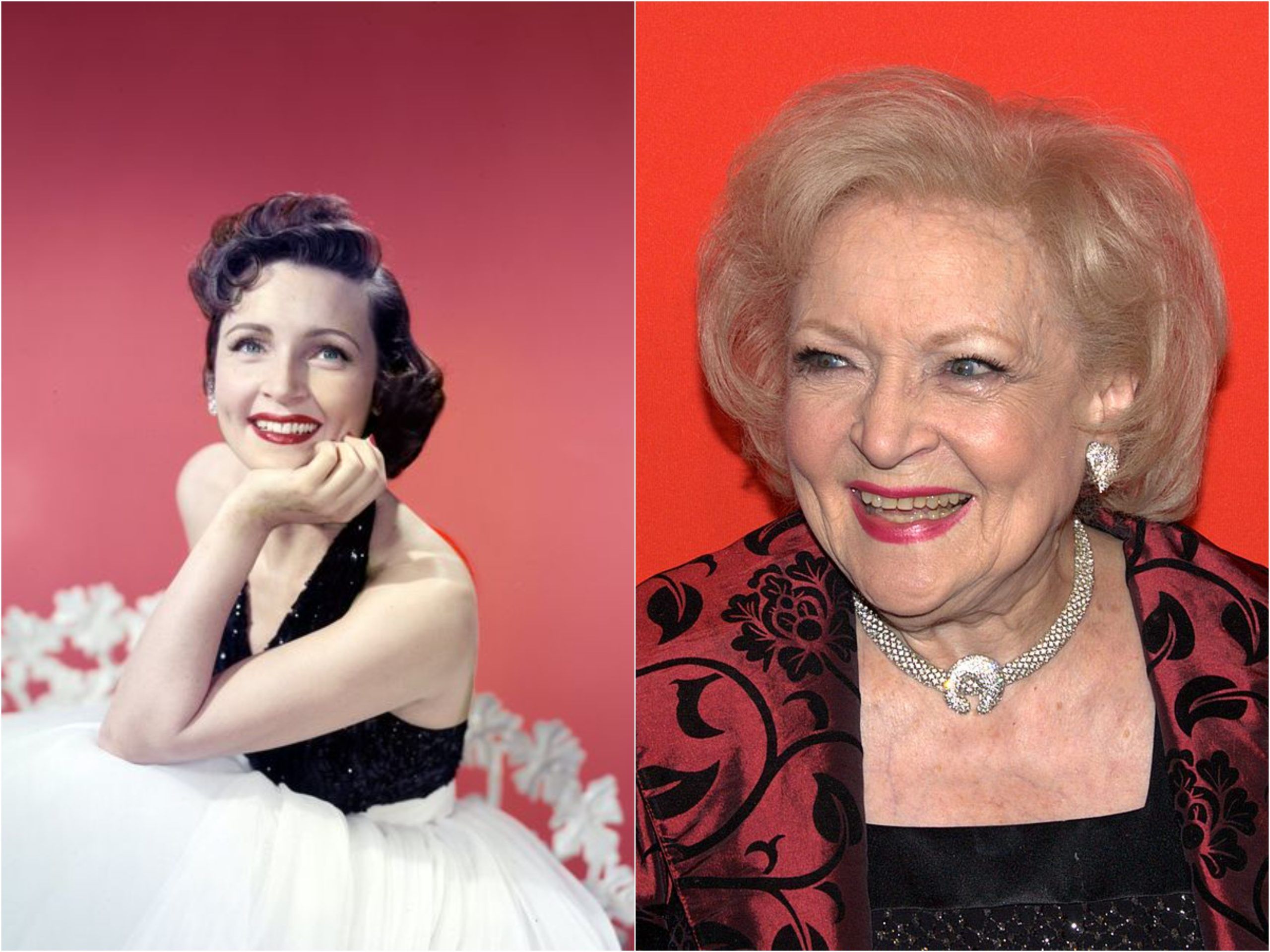 Old Celebs Who You Didn’t Realize Are Still Alive and Well
The following performers were huge stars in the “Golden Age” of show biz that spanned from the 1910s through the 1960s, and believe it or not, they’re all still alive! ...
click here to read more
Advertisement - Continue reading below
Share  On Facebook