One construction worker is finding a way to entertain sick children stuck in a hospital.

Jason Haney is helping to build a new wing on Memorial Children’s Hospital in South Bend, Indiana. While construction is going on, Haney found a way to keep the children stuck inside all day entertained. He crafted the ultimate game of “Where’s Waldo?” by building an 8-foot-tall Waldo. Each day Haney “hides” Waldo in a different location for the kids to find from their windows.

“I’ve been watching the kids run over to the window and look out for Waldo,” Heidi Prescott, the hospital’s media relations specialist, shared with ABC News. “On a daily basis, our pediatric patients, they look forward to going to the windows in their playrooms in their unit to try to figure out ‘Where’s Waldo?’ It usually only takes a few minutes before they see him peering out of the big scaffolding, but it truly brightens their day.”

The inspiration for the life-sized Waldo came from an innocent snowman after a snowstorm. The construction workers put a reflection vest on the snowman for the children to see from their rooms.

“It was a huge hit,” he explained. “After that, it didn’t snow as much so the construction management team got some inflatable snowmen and an inflatable Sponge Bob, so I went over there and put that up. They lit up at night and would wave in the wind. As I was tying it down, one of the electricians was like, ‘It would be kind of funny if there was a ‘Where’s Waldo?’”

The idea came to life this past April. The game has become such a hit with the kids that it even inspired a “Where’s Waldo” Facebook page that allows the kids to tag the photo’s location once Waldo is found.

Haney’s teenage daughter, who was stuck in the hospital when she was little, helped build the giant Waldo.

“My daughter, she had a stroke when my wife was carrying her in utero,” Haney explained. “When she was about 3, we noticed something wasn’t quite right. They did a CAT scan and they found out there was brain damage and were talking about her in the fact that she wouldn’t learn past the third grade level, and it just devastated us.”

Luckily, she persevered. “She’s 18 now and going to be starting Ball State next year,” he shared. “She graduated with honors. There goes that third grade level thing that first doctor told us.”

Haney plans to add to the “Where’s Waldo” game, by adding four Minion characters to the challenge.

“They’re easier to carry,” he said. 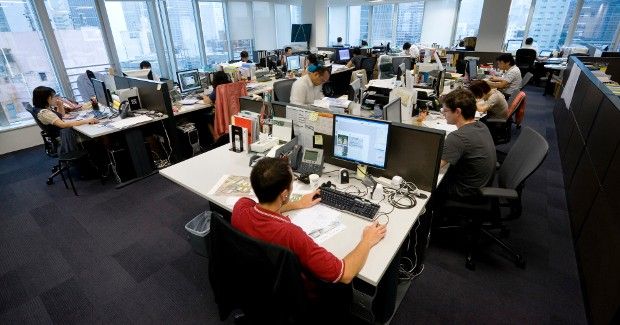 Beware Ladies: Here Are the Jobs With the Worst Gender Pay Gaps
It’s a pretty basic thing to want to have equal pay for equal work, but sadly, the U.S. is not there yet. Women still get paid 78 percent of what a ...
click here to read more
Advertisement - Continue reading below
Share  On Facebook