A new study has caused a stir online Monday morning as its findings go against the common perception that children raised in religious households are more moral, generous and less judgmental than their non-religious counterparts.

“Overall, our findings … contradict the commonsense and popular assumption that children from religious households are more altruistic and kind towards others,” said the authors of “The Negative Association Between Religiousness and Children’s Altruism Across the World,” published this week in Current Biology.

The study involved nearly 1,200 children from six countries – the U.S., Canada, China, Jordan, Turkey, and South Africa – aged five to 12 years old. The sample base was made up of 24% Christian, 43% Muslim, and 27.6% non-religious. Jewish, Buddhist, Hindu, agnostic, and other denominations were not included as the sample for those categories was too small statistically to be included.

For the study, the children were given stickers and told there were not enough stickers for everyone in their school to see if they would share.

Overwhelmingly, children from less religious homes were more likely to share their stickers.

Researchers also tested “moral” responses by showing a series of videos of children bumping and pushing one another.

The study concluded, “religiosity affects children’s punitive tendencies” and that children in religious households “frequently appear to be more judgmental of other’s actions.”

The findings “robustly demonstrate that children from households identifying as either of the two major world religions (Christianity and Islam) were less altruistic than children from non-religious households.”

Researchers also claim the longer a child is exposed to religion, they “exhibit[ed] the greatest negative relations.”

The same report also noted religious parents perceived their children to be “more empathetic and more sensitive to the plight of others.”

“While it is generally accepted that religion contours people’s moral judgments and pro-social behavior, the relation between religion and morality is a contentious one,” the report concluded.

The report was received as “a welcome antidote to the presumption that religion is a prerequisite of morality”, from Keith Porteus Wood of the UK National Secular Society.

“It would be interesting to see further research in this area, but we hope this goes some way to undoing the idea that religious ethics are innately superior to the secular outlook. We suspect that people of all faiths and none share similar ethical principles in their day to day lives, albeit may express them differently depending on their worldview.” 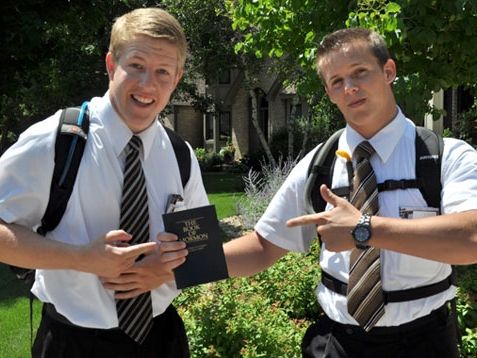 Facts About Mormons That Will Positively Fascinate You
You may have seen the musical The Book of Mormon or the South Park episode about Mormonism, but how much do you really know about the religion founded by Joseph ...
click here to read more
Advertisement - Continue reading below
Share  On Facebook