Courteney Cox and Johnny McDaid Seal Reunion With a Kiss

Courteney Cox has made her reunion with ex-fiance Johnny McDaid official by locking lips with the rocker in London.

The former Friends star, 51, sparked rumors of a reconciliation with the Snow Patrol musician last month, when they enjoyed an Easter outing with Cox’s 11-year-old daughter, Coco.

The shopping trip in Malibu, California, marked the first time Cox and McDaid 39, had been spotted in public together after calling off their 18-month engagement and parting ways in November.

Now the actress has made it clear their romance is firmly back on after greeting her man with a passionate kiss as they both arrived at London’s Heathrow Airport on Thursday. The couple flew in to the British capital separately, but met up shortly after landing, and in photos obtained by TMZ, McDaid was snapped firmly embracing Cox as she wrapped her right hand around his neck and kissed him.

The romantic display comes shortly after Cox’s publicist fueled reports the couple was working on its relationship.

“They really care about each other and they are spending time together,” the representative told Us Magazine after their Easter outing.

The statement was released not long after McDaid was rumored to be dating Irish celebrity reporter and blogger Meghann, 23, who lives in Los Angeles. Reports alleged he was smitten with the young journalist after meeting her at the Oscar Wilde Awards in Hollywood in February.

“Johnny is very laid back and often found the courtship with Courteney very smothering,” a source told Britain’s The Sun newspaper. “Now that he’s single again, he just wants to have fun and enjoy himself. He feels (he and Meghann) have a lot in common and wants to get to know her better.”

However, his publicist promptly shut down the new romance rumors, telling the MailOnline, “Johnny is not dating anyone and hasn’t since Courteney Cox.”

Cox and her first husband, David Arquette, divorced in 2013. 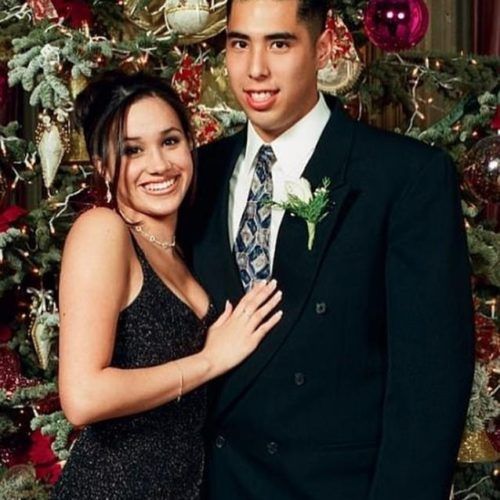 Fascinating ’90s Photos That Bring a Whole New Perspective to the Decade
The ’90s may have been a decade known for windbreakers and extremely bad hair, but they were also defined by power couples, weird celebrity friendships, and Winona Ryder (because yes, ...
click here to read more
Advertisement - Continue reading below
Advertisement - Continue reading below
Share  On Facebook