Rescue Workers Save Over 2 Dozen Puppies Found in Hot Van

Thanks to a local animal control center, over two dozen puppies are alive and well.

26 French and English bulldog puppies were found over the weekend stuffed into a vehicle. The tiny dogs were shoved into crates and left in a very hot van for over 45 minutes in a New Jersey parking lot. Luckily, the Bergen County Animal Shelter was called in and was able to save the animals.

“They were literally on top of each other,” Deborah Yankow, the Bergen County director of animal services, told WCBS-TV. “It was a 90-degree day; they were all overheated; they’re all short-nosed puppies, which have a very serious reaction to heat normally, let alone in the back of a car.”

For the time being, the puppies will remain in an animal shelter in Teterboro. They have to spend three weeks in quarantine before they can be put up for adoption.

The Bergen County Animal Shelter is still trying to figure out where the drivers were taking the puppies.

“One of the drivers told me she was taking them to Florida,” Yankow said to WCBS-TV. “There was paperwork with them and it was determined, we believe, they might’ve been flown from Colombia.”

The drivers planned to sell the dogs wherever their final destination was. They hoped to sell them for $1,000 to $3,000 each.

Thankfully all of the dogs are now safe and sound. The animal shelter hopes to put all of the puppies up for adoption, as long as they pass the quarantine test. 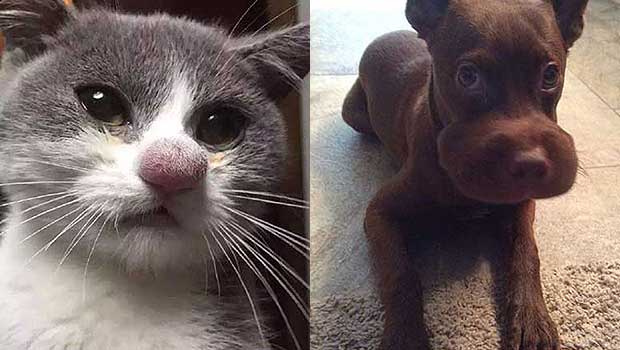