May 8, 2017 | By Sara Wilkins
Advertisement - Continue reading below

Debra Messing has called on U.S. President Donald Trump’s daughter Ivanka to speak out against his controversial policies during her speech at the 2017 GLAAD Media Awards.

The Will & Grace actress was honored with the Excellence in Media Award for her advocacy work with the lesbian, gay, bisexual, transgender and questioning (LGBTQ) community on Saturday and she used her time at the podium to hit out at the U.S. leader over his policies regarding healthcare, LGBTQ rights, and immigration.

“It’s not enough to simply say that women’s issues are important to you,” she said. “It’s time to do something. You can change the lives of millions of women and children just by telling your dad stories about real people who are suffering. Don’t let him separate immigrant mothers from their American-born children. Don’t let him take health care away from women who need it. Don’t allow him to make trans kids like Gavin (Grimm) fight in court for their basic human dignity.”

“Stop blindly defending (your father and start) defending what you say you believe in,” she added.

Messing was feted alongside singer and actor Billy Porter, who called the president policies an attack on “all of us.”

“From slavery to emancipation, to the 13th Amendment, to Jim Crow to the Civil Rights Movement, from Stonewall to AIDS, to Marriage Equality — remember whose shoulders we stand on.” he added “Let’s use the historical strides we’ve made as a nation to empower us as warriors on this battlefield for equality.”

Additional honorees were feted at a ceremony in Los Angeles last month. Patricia Arquette received the Vanguard Award and paid tribute to her late sister Alexis Arquette during her speech. 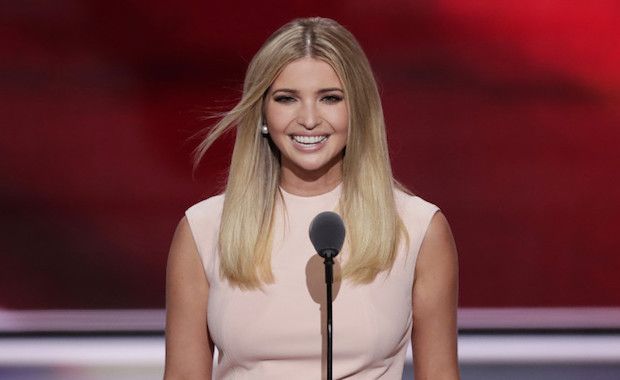 What You Didn’t Know About the Trump Children
Regardless of how you feel about billionaire business tycoon and Republican presidential nominee, Donald Trump, you have to know how accomplished his children are. His children are probably the best ...
click here to read more
Advertisement - Continue reading below
Share  On Facebook