Debra Messing was reportedly “pressured” to shoot an impromptu naked scene in A Walk in the Clouds by director Alfonso Arau and the film’s producers.

The Will & Grace actress starred in the 1995 film alongside Keanu Reeves, but she reveals the experience on her first major film was not pleasant. She claims after contacting her agent about the director’s sudden request to strip down she was informed she would likely be fired if she refused.

She alleges that she approached Arau about the scene, but he berated her.

“Your job is to get naked and to say the lines. That’s it,” he reportedly said.

The actress also claims the filmmaker made her feel uncomfortable during the scene.

“He lifts [the sheet up], scans my naked body, then drops the sheet on top of me like a used Kleenex,” she said at the MAKERS conference in California this week. “He walks away without a word.”

In the film, the only part of Messing’s body exposed is her back.

“The whole thing was a power play, a game,” she added. “And the goal, to demean me, to strip me of my power and make me feel on a cellular level his dominance over me.”

The 48-year-old also reportedly had issues with Arau over her looks and was allegedly subjected to insults about how her nose appeared on camera while she was kissing Reeves.

“How quickly can we get a plastic surgeon in here,” Arau reportedly said. “‘Her nose is ruining my movie! I can’t do this! Look at this!”

Messing was “frozen, horrified, mortified” and “felt deep shame” about her Jewish heritage after his comments. 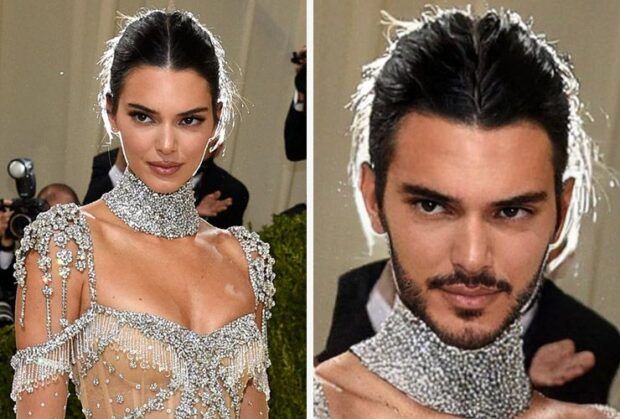 We Don’t Know If We Should Laugh Or Become Enamored With Photos Of These Gender-Swapped Celebrities
Through a mixture of artificial intelligence, machine learning, and a bunch of other tech-industry buzz words we don’t fully understand yet, we’ve entered into a new realm of false reality. ...
click here to read more
Advertisement - Continue reading below
Share  On Facebook