Demi Lovato Slips and Falls at WE Day Gig

Accident prone Demi Lovato laughed off another tumble onstage at the WE Day celebrations in Los Angeles on Thursday.

The pop star performed her hit “Stone Cold” without a hitch, but she slipped and fell when she returned to the stage at The Forum in Inglewood, California.

As the 23-year-old made her way down the catwalk and reached down to greet some of the 16,000 students in attendance, she stumbled. But ever the trooper, Lovato didn’t let the fall ruin her day with fans, and she simply laughed it off, while also raising her hand in the air.

“I’m OK,” she yelled as event personnel helped her off the stage.

It’s the second time Lovato has taken a tumble onstage in a matter of months. She fell over during a 20-minute set at the Z100 Jingle Ball in New York City after tripping over her microphone stand in December. And last summer, she slipped while chatting to fans during a rooftop pool party while promoting her single “Cool For the Summer.”

Again, she didn’t let the mishap ruin her day and she made light of it before jumping into the pool fully clothed to join fans.

Lovoto’s former best friend Selena Gomez and Charlize Theron were among the big names who joined Lovoto for the first WE Day bash ever to take place in California.

Gomez kicked off the proceedings with a performance of hit single “Kill Em With Kindness” and told fans, “Today is my fourth time on the We Day stage. I continue to be inspired by the young people who are breaking down barriers and creating real change around the world.”

Theron, who served as the honorary co-chair of WE Day California, urged young fans to become the generation that ends the AIDS problem, while Seth Rogen and his wife Lauren, whose mother suffers from Alzheimer’s disease, discussed how their own family struggles had inspired them to start a charity to raise money for dementia research.

Zooey Deschanel, Joe Jonas, rapper Big Sean, Darren Criss, and married couple Nikki Reed and Ian Somerhalder were also part of the festivities, as was Tyrese Gibson, who officially welcomed Theron to the Fast & Furious film franchise backstage. Earlier in the day, Theron was confirmed as the villain for Furious 8. 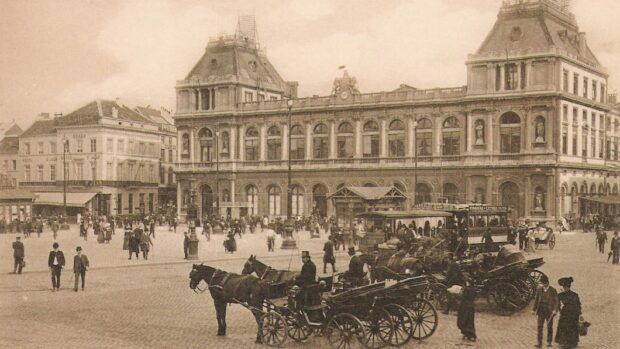 These Breathtaking Buildings Are Now Lost to History Forever
Architecture is a characteristic of buildings that makes them unique. Not only that, it is part of what makes them so beautiful. In addition, many buildings bear historical significance to ...
click here to read more
Advertisement - Continue reading below
Share  On Facebook