If extreme designer breeding was a sport, the breeders at Orrion Farms would win. The breeders, who are located in Washington state, designed horse El Ray Magnum to look quite peculiar. Photos of El Ray were taken by Orrion Farms and released on their site. Since the disturbing pictures were made public, they’ve received various negative statements from veterinarians.

Images of the odd-looking animal were at first believed to be fake or manipulated. Tim Greet, a British equine expert, thought the picture he saw of El Ray was the result of some serious photoshop work. Greet called the breeding “truly horrific.”

Adele Waters, an editor for the Veterinary Record, said, “Is it really so bad for a horse to look like a horse and not a cartoon character?”

The desire for an animal to have certain aesthetics compromises its natural abilities. El Ray’s dipped nose could give him a hard time breathing.

El Ray isn’t the only animal to face such problems as the result of breeding. Dachshunds, popularly known as “sausage dogs,” are at risk of paralysis because of their elongated backs. Pugs and bulldogs often have skin problems because of their excessive amount of folds, as well as digestive issues and breathing problems.

So what’s with the breeding of small dogs? Well, dogs have long since strayed from their positions as workers. Instead, they have become desirable companions. Smaller dogs are more suitable for companionship, especially for people living in smaller homes and city apartments.

After the negative backlash aimed at how El Magnum turned out, perhaps breeding will soon be seen in a different light.

What do you think? Is designer breeding cute, or just cruel? Let us know in the comments section and make sure to SHARE this story. 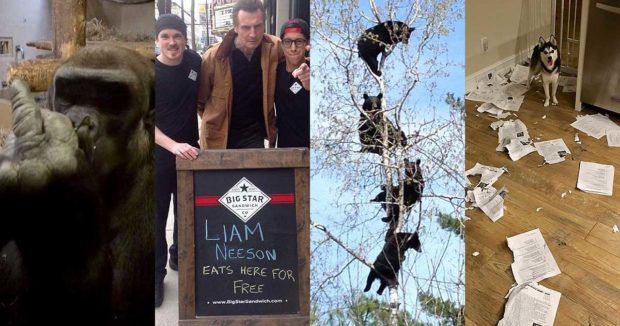 Unbelievable Stories Where Pics or It Didn't Happen Proved Everything Is Possible
Have you ever heard that story where a guy is sitting in Burger King eating his value meal and suddenly Bill Murray walks up behind him, grabs a French fry ...
click here to read more
Advertisement - Continue reading below
Advertisement - Continue reading below
Share  On Facebook