Elderly Couple Redefines ‘Til Death Do Us Part’

Bill and Doris Barr are not your average married couple. One look at them and it’s easy to tell there is something very special about their relationship. Doris, 93, was diagnosed with Alzheimer’s in the late 1990s and Barr hasn’t left her side since.

The pair have been married for 66 years, according to the CBC, and show no signs of slowing down. Almost every day Barr packs a lunch from the assisted living home where he lives and drives a few blocks to Doris’ to have lunch together.

“To have her near, so I could touch her, just to be near her,” Barr told the CBC. “When I go over to see her, we’re in a different world.”

CBC reports that Doris is no longer mobile and has to use a wheelchair. She can also barely communicate. However, Barr took care of Doris himself for as long as he could. When they’re together, he’ll talk to her about their children and grandchildren and even sometimes sing to her.

“When the minister said, ‘For better or for worse, or rich or for poor, in sickness and in health,’ I meant it. And she meant it,” he said.

Lianne Pereux, their granddaughter, remembers how special their relationship was growing up.

“There was always a lot of love in their house, between them as well. My grandpa was always singing to her, dancing with her and making her laugh,” she said. “It’s hard to believe that 66 years, people can be together and still be as in love [on] the day they got married as 66 years later.”

Barr himself said he knew Doris was special when he first laid eyes on her.

“She had class, and that’s one thing you just don’t buy. You’ve got to have it or you don’t,” he said.

Barr continued that at first he was too shy to speak to her and had a friend call her for him instead. After that, he would intentionally try to run into her at the department store where she worked. Eventually, he asked her on a date.

“We were walking down Portage Avenue and I reached for her hand and it was there, and I haven’t let go since,” he added.

But Barr knows to keep track of his health as well so he’ll always be able to see her.

“The best place I want to be is with her. That’s why I go so often to see her,” he said. “But I’ve got to be careful because my health has got to be strong enough to hold us both together.” 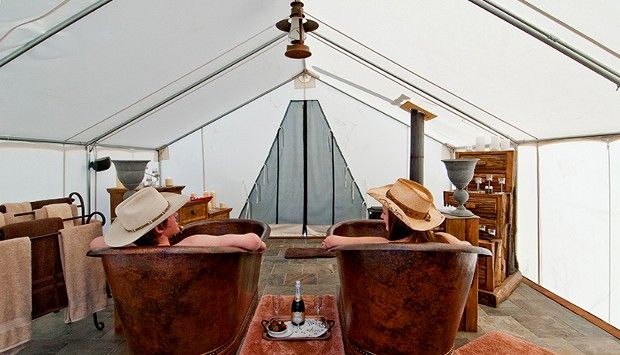 Gone Glamping! Images That Will Inspire You to Go Glamping This Summer
Camping usually involves bugs, tents, and the possibility of bears, but there’s a new trend when it comes to camping this summer. Glamping is the glamorous way of bonding with ...
click here to read more
Advertisement - Continue reading below
Advertisement - Continue reading below
Share  On Facebook