The NFL’s Pittsburgh Steelers and Baltimore Ravens engaged in the latest installment of their bitter rivalry, but it was a kind gesture from fan Ernest Freeman that’s gotten attention after the game.

As the lifelong Steelers fan recounted on Facebook, he had an extra ticket to the Christmas match between the AFC North rivals. Freeman initially planned to sell the ticket. However, after being inspired by the lyrics of singer Johnny Gil’s “Give Love on Christmas Day,” he instead decided to treat a “man on the street” to the game.

Underneath a photograph of Freeman and his guest, he explains:

“This is Ricky aka Stretch as he’s known on the streets of Pittsburgh. He’s 43 years old and been in The Burgh his entire life but had never been to a game. He and his friends on the street look out for one another so one of (sic) friends was able to take his backpack and other belongings until the game was over. He told me he’s lost 12 friends this year to heroine overdoses and a few other tough stories. I offered to buy him anything he wanted during the game and he never once asked for anything, nor did he accept any offers of food or money after the game. He told me the gift of being invited inside the stadium to watch the game was the best Christmas gift ever for him. The looks on his face during the game looking around the stadium was something I’ll never forget because it reminded me of my own blessings. It also reminded me of what this day is all about in that the ability to give is a blessing in itself.”

According to the post, Freeman initially didn’t intend to share the story, but changed his mind after realizing it was a “way to remind us all to give, give back and/or make a difference when and where we can.”

The tale struck a chord, as Freeman’s post has been liked over 10,000 times, shared over 2,000 times, and attracted over 850 comments as of Tuesday. In addition, a version of the post shared by Love What Matters has garnered an even larger social response, with over 92,000 likes, 10,000 shares, and 2,000 comments.

Freeman wrote to Your Daily Dish about his inspiration to to give away the ticket.

“I was initially inspired by the line in a song by Johnny Gill that talks about giving love on Christmas Day. A line in the song mentions giving love to the man in the street. I’m the oldest of three from a single mom who always opened her heart and our small home to others in need even though we didn’t have a lot. I believe all people have compassion for something or someone. My compassion has always been for people, especially people in need or less fortunate. Rick was the third person I’d asked that day and all I’ve learned about him since that day has confirmed for me that I couldn’t have found a better person to watch the game with that day.”

In addition, he gave his thoughts on the story going viral, and the large reaction it’s garnered.

“…the response has been unbelievably overwhelming and humbling to be honest. My message was originally intended for the people I know personally whom I know do well in life and have the means to give back or extend help in one way or another to those in need, especially at Christmas. I really didn’t think I was doing anything special; I saw it as doing something right.” 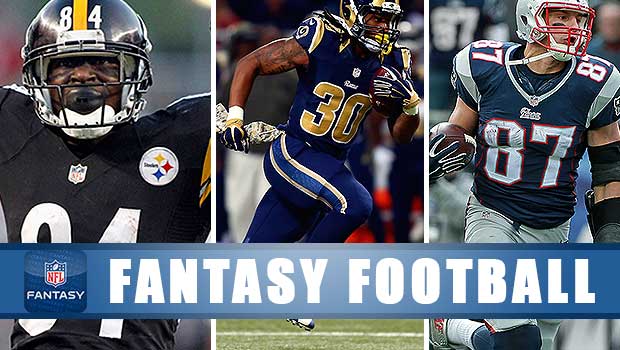 2016 NFL Fantasy Football: The Top Players at Each Position
With the 2016-2017 NFL season nearly upon us, Fantasy Football players are already making the rounds to get one step closer to a coveted championship and bragging rights: setting their ...
click here to read more
Advertisement - Continue reading below
Share  On Facebook