On September 2, the FDA banned 19 different chemicals that were included in antibacterial soap products.

The final rule prohibits the marketing of over-the-counter consumer antiseptic wash products containing one or more of these particular 19 chemicals, including the two most commonly used chemicals as primary ingredients: triclosan and triclocarban. This ban follows the FDA’s December 2013 decree that manufacturers must prove their product works better for the consumer than regular soap and water; manufacturers didn’t even bother.

Although these chemicals kill bacteria, it was found they did not prevent infection and eventually started failing to fight bacteria as resistance to the chemical agents strengthened. The commonly used chemical triclosan was detected in water supplies in not only the United States, but in countries in Europe as well as Canada, Australia, Japan and Hong Kong.

“Consumers may think antibacterial washes are more effective at preventing the spread of germs, but we have no scientific evidence that they are any better than plain soap and water,” said Janet Woodcock, director of the FDA’s Center for Drug Evaluation and Research. “In fact, some data suggests that antibacterial ingredients may do more harm than good over the long-term.”

Industry giants Johnson & Johnson and Procter & Gamble, before this rule was finalized, announced their intentions to remove the harmful chemicals in their products, according to Dr. Theresa Michele, director of the Division of Nonprescription Drug Products at the FDA’s Center for Drug Evaluation and Research.

Hand sanitizers and wipes, as well as cleansers in hospitals and nursing homes, containing over 50 percent alcohol and used without water will not be affected by the ban.

Washing your hands with plain soap and water is, and was, the best way to prevent yourself and others from infection. 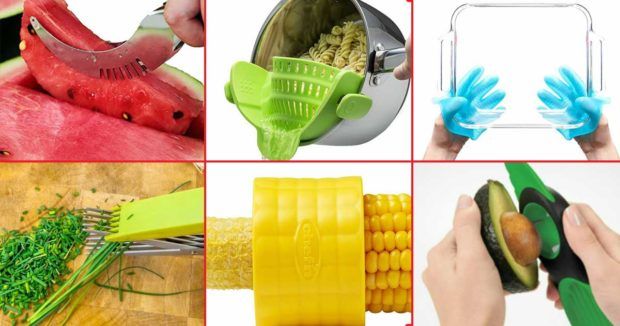 These Clever Kitchen Finds Will Make Cooking a Breeze
Preparing a meal without the proper kitchen utensils can be stressful. How many times have you rifled through your drawers looking for just the right knife and there was none ...
click here to read more
Advertisement - Continue reading below
Share  On Facebook