‘Finding Dory’ Blows Competition Out of the Water With $136.2M Opening Weekend

Finding Dory has made a big splash at the box office with $136.2 million in its opening weekend.

Dwayne Johnson and Kevin Hart’s Central Intelligence came in a distant second with $34.5 million. Over the film’s opening weekend, Hart has been buying out theaters in the Los Angeles area to treat fans to free screenings.

“Breaking News Hollywood California….I just bought out the 3:15pm showing of “Central Intelligence” at the @arclightcinemas 6360 w sunset Blvd Hollywood ca,” he wrote on Instagram on Saturday. “The 1st 195 people that get to the theater and say “Kevin Hart Sent me” will get a free ticket to go see my movie!!! Let’s gooooooo #Centralintelligence #iLoveMyFans #TheRockAndKevinHart.”

He also thanked fans for their support of the movie and the positive reviews, writing, “Me & @therock are blown away by the amazing response that our movie has gotten….I was just informed that we received an ‘A’ cinema score for ‘Central intelligence’ which means that the fans are loving it!!!!! Thank you all so much…. #centralintelligence #NowPlaying.”

The Conjuring 2 came in third with $15.6 million, while Now You See Me 2 and Warcraft close out the top five, respectively. 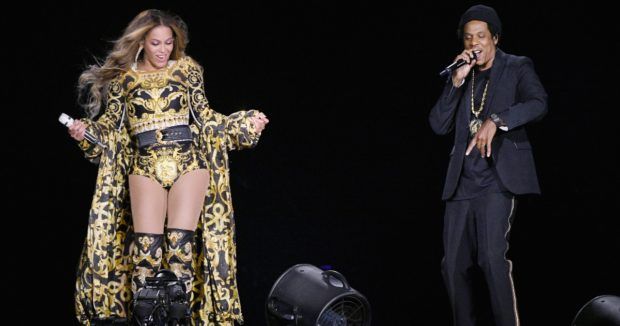 'Age Is but a Number': 25 Celebrity Couples With Major Age Gaps
Ah, to be young and in love. Or old and in love! Or young and in love with someone who is old enough to be your father? Age is only a ...
click here to read more
Advertisement - Continue reading below
Share  On Facebook