See ya later, alligator! That must be the statement of relieved tourists in Florida after a routine airboat ride turned near disaster this week.

Tyler Hindery and his wife Emerald were enjoying their Florida vacation and decided to take an airboat tour to see some alligators. The Springfield, Missouri couple were joined on the boat by one other couple and the airboat’s captain, who spotted some gators on the shore. He shut the engine off and the boat drifted toward the bank, where Hindery said they got stuck.

“The guy killed the engine and we just floated over,” Hindery told the Miami Herald. “We got stuck on the bank, and he didn’t want to turn the engine on and scare everything.”

While near the shore, Hindery started a Facebook live video of a stoic gator sunning itself on the river’s bank. The group’s captain was joking with them, saying they were close enough to be able to slap the gator, to which Hindery jokingly said, “Yeah, if I wanted to,” and laughs.

The captain then warns them not to make any sudden movements as he tries to push the boat off the shore — and that’s when things took a heart-pounding turn. Watch what happened:

The alligator leapt onto the boat, sending the passengers into a frenzy. When Tyler Hindery refocuses the camera, the gator has made its way to the back of the boat and tries to slip through some guardrails, where it gets momentarily stuck. After some wiggling, the gator managed to free itself and fall into the water below.

Afterwards, the passengers laughed nervously as one asked, “Are your pants dry?”

After watching that, no, no they are not. 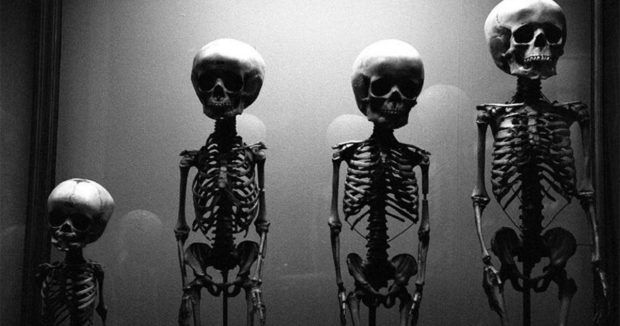 The Strangest Roadside Attractions in Every State
Road trips are a blast, but sometimes you just need to break up the journey with a bit of roadside fun. Sure, you could spend your time going to some ...
click here to read more
Advertisement - Continue reading below
Share  On Facebook