Bridget is a girl who loves to bounce. She uses her bed to spring and jump, and little does she know that on Christmas Eve her parents bought her a new trampoline for when she wakes up on Christmas morning. But before she’ll get a chance to use it, some unexpected thrill-seekers will delight on the bouncing device.

John Lewis, the employee-owned U.K. company which operates department stores and supermarkets, released their 2016 Christmas advert on Wednesday and the two-minute ad has captured the hearts of people everywhere. The spot is titled “#BustertheBoxer,” and features young Bridget heading to bed while her father assembles a trampoline outside. As the parents and Buster sit inside after it’s complete, some wild animals come to inspect the strange object in the backyard.

Since the video’s debut on YouTube, it’s racked up over 3.4 million views and thousands of shares on social media channels.

The advertisement ends with the tagline, “Gifts that everyone will love.” This delightful video fits that same description for any viewer. 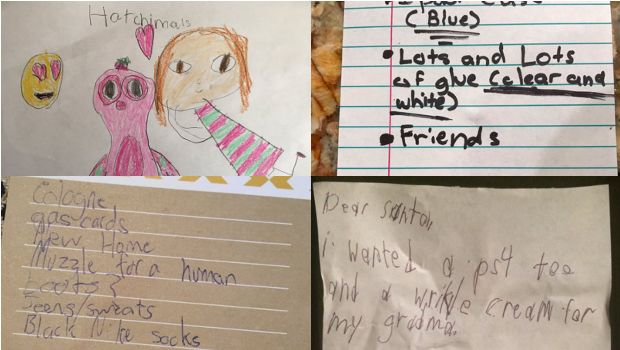 These Kids Want the Darndest Things for Christmas This Year
Christmas is right around the corner, and Santa Claus will have his hands tied with these requests. It seems like most children want one of those trending Hatchimals these days, ...
click here to read more
Advertisement - Continue reading below
Share  On Facebook