A wedding is one of the most important days in a couples’ life. All the thought, the preparation, the stress, all of it culminating in a magical moment and a magical event to celebrate their love with their friends and family.

Now imagine being the bride of this wedding – and not being able to walk down the aisle.

Such was the case of Hannah Patterson, who suffered a terrible car accident nearly a month before her wedding date.

“I broke my pelvis in three places, punctured my kidney, broke my ribs, [had a] concussion, [and had a] loss of partial hearing,” Patterson said to ABC News of the aftermath of the crash, which happened on July 18 – the wedding was set for August 25. Coincidentally, the crash occurred while she was headed to pick up then-finance, Stuart Patterson.

But the couple was undeterred, pushing through with the final stages of their wedding. Of course, still healing from her injuries, Patterson was fixed to a wheelchair for the day: “Obviously, being in the wheelchair and not able to walk was very upsetting for me on my wedding day,” she recalled, “but I had cried at the rehearsal so I didn’t cry on the day.”

Yet it was during that very rehearsal dinner that Stuart decided he would carry his wife down the aisle, an image that has now gone viral.

The image was captured by the wedding’s photographer, Sarah Powell, of Sarah Grace Photography. And though her injuries held her to the confines of the wheelchair throughout most of the ceremony, Patterson knew she had to stand for her vows, for herself and her husband-to-be.

“It was hard on me to stand for that long even with Stuart holding me up.” Patterson stood on one leg, using her husband-to-be as a crutch during their vows. “But it doesn’t seem obvious in the pictures and video the pain I was in.”

Despite her pain, the wedding, held at Cranberry Creek Gardens in Ontario, Canada, was a success, and Patterson is eager to get her married life started at her husband’s side: “Stuart has never left my side during all of this. I know it has been hard on him to see me like this, but he was strong for both of us. He always made me see how blessed I was. … I had to try to be thankful I was still there to get married.”

Check out the video of the amazing moment: 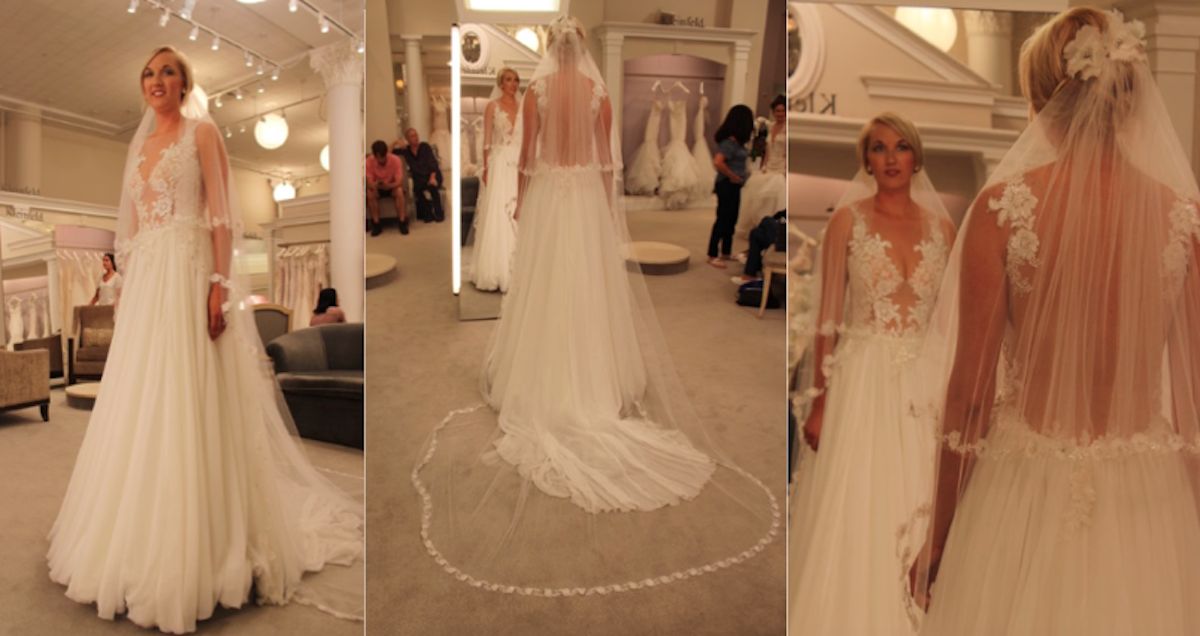