An Iraqi man rescued over 70 wounded civilians in the city Kirkuk from ISIS snipers. How you ask? With his trusty armored, bulletproof BMW.

Aka Abdulrahman, a Kurdish Peshmerga fighter, invested in a bulletproof BMW after ISIS militants began attacking and advancing on the city of Kirkuk in Iraq. He lives with his wife and four children about 14 miles south of the city, in Taza Khurmatou, and netted a 1990s model of the vehicle at a car auction for $10,000.

“My friends were very happy when I bought the armored car,” Abdulrahman, 32, told CNN. “We started driving in it to the front line near Kirkuk, not worried about ISIS drive-by shootings or roadside bombs.”

And he brought that courage on October 21 when ISIS militants set forth their planned attacks on the oil-rich city of Kirkuk. That day, 64 civilians (and 86 ISIS militants) were killed and over 100 civilians wounded.

A major threat to the city was ISIS snipers shooting down from rooftops and Abdulrahman defended against that.

So Abdulrahman drove his armored BMW throughout the city to collect injured civilians, bring them to safety, and return for more. Over, and over.

His car was hit with at least 50 bullets, receiving more and more heat from ISIS snipers aiming to penetrate the car and finish off the wounded contained inside it. Yet, he saved over 70 lives, in addition to respectfully relocating the less fortunate’s dead bodies away from the action.

“I felt like I am truly Iraq and this is who everyone should be,” said the indiscriminate fighter whom also rescued people of many different religions.

Following the heroic act, Abdulrahman was personally thanked by the governor of Kirkuk, Dr. Najmaldin Karim, whom even offered a reward of half-a-million Iraqi dollars (equivalent to $385) which went unnoticed by Abdulrahman until opening an envelope after the meeting.

“I was happy with the certificate of appreciation from the governor, but I thought it’s insulting to give me money for something every Iraqi should do,” the humble warrior said.

In addition, BMW itself offered him a brand new car in exchange for the damaged one, with intentions of displaying the gunned-down car at its headquarters in Germany.

However, he turned it down and decided to simply repair the original and continue to use it.

Fighter Abdulrahman moves forward with the message, “I am not a hero. I am only an ordinary Iraqi who wants to defeat his country from criminals and killers.” 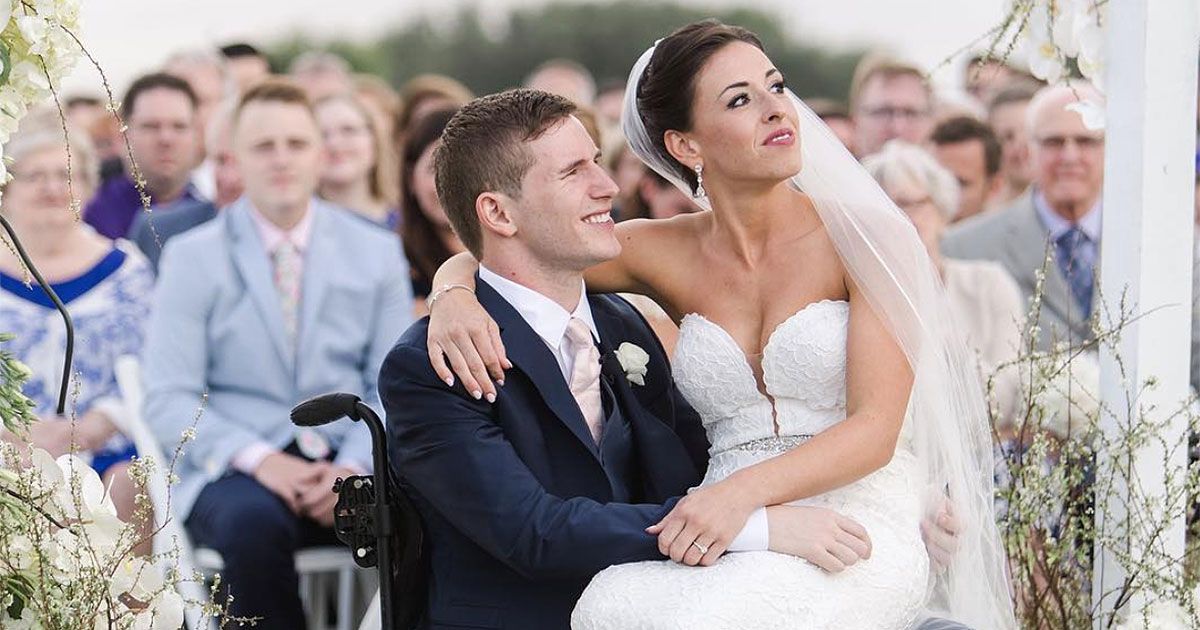 Paralyzed Former Athlete Defies the Odds, Walks Down Aisle at His Wedding
In 2010, while playing college football for Division III Luther College in Iowa, defensive back Chris Norton was left paralyzed after fracturing his C3 and C4 vertebrae while making a tackle. In ...
click here to read more
Advertisement - Continue reading below
Share  On Facebook