On the Issues: Clinton, Trump, the Environment and an Ever-Changing Climate

The 2016 presidential election is almost here, as is the eventual implosion of our polluted planet if we don’t make enormous strides toward the direction of environmental conservation.

Many voters are not fully aware of where exactly Democratic nominee Hillary Clinton and Republican nominee Donald Trump stand on America’s environment and its changing climate. Here’s a summary and explanation of both sides, meant to educate readers before going out to vote on November 8 about the dire state of the environment and how the potential new president intends to save or ignore it.

In January, America will have a new president and so the future of the environment, both in the U.S. and beyond, will soon be in the hands of Trump, who believes development enhances the environment, or Clinton, who supports green initiatives. And each nominee’s plans regarding the current and future state of the planet goes beyond just caring versus neglecting.

Clinton writes on her official website, “Climate change is real—no matter what climate deniers say. I’ve laid out bold national goals to address the threats it poses. As president, I’ll say no to drilling in the Arctic. I’ll stop the tax giveaways to big oil and gas companies. And I’ll make significant investments in clean energy. Our children’s health and future depend on it.”

Two major efforts supported by Clinton are President Barack Obama’s Clean Power Plan, which sets standards on power plants to combat global warming, and the United Nations Framework Convention on Climate Change’s Paris Agreement, which aims to significantly slow down the Earth’s increasing temperatures. The agreement has been signed by 81 countries including the U.S., China and India – some of the world’s largest contributors of greenhouse gas emissions.

Clinton also intends to order a federal response to the infamous Flint, MI water crisis (which is still going on by the way). She believes the state and its governor have failed and are still failing to take control and help the innocent victims living there.

“Every day that goes by that these people, particularly children, are not tested so we can know what steps must be taken to remediate the effects of the poisoning that they have been living with is a day lost,” said Clinton at a primary debate in February of this year.

When it comes to children, Clinton also seeks out tougher standards on toxic ingredients found in materials and products made within the U.S. and coming in from other countries. She believes there must be inspectors in charge of this and they must exercise recalls when necessary.

Another mission of Clinton is her 10-point Gulf Coast Recovery Agenda, which intends to rebuild New Orleans by first and foremost putting someone in charge who genuinely cares for the city and its people. Along with that, she has sponsored a bill calling for a congressional commission to be established in order to examine the response to Hurricane Katrina’s devastation on the Gulf Region.

It is worth noting Clinton was successful when it came to the aftermath of 9/11. She hired an expert to study the air quality at Ground Zero, where it was discovered 70% of those working developed lung ailments.

“I’ve stood for clean air and worked in the administration to deal with problems from asthma to trying to figure out the possible environmental causes and correlations with breast cancer,” she said in a debate back in 2000.

Clinton is a firm believer in the Environmental Protection Agency (EPA), which is often seen as controversial. She supports funding for them and has previously wrote to officials calling for a clean up of the pollution in New York City’s Hudson River as well as in power plants emitting mercury, as per the Clean Air Act.

She is also all for clean energy and green-collar jobs, pitching $5 billion toward it, and supports the American Federation of Labor and Congress of Industrial Organizations’s efforts to train citizens for those jobs.

What she is against, however, is coal. In her opinion, coal-powered plants must stop immediately and not continue until modern, clean technology is implemented. Although some do have this, many do not.

When it comes to judging her work so far, the League of Conservation Voters (LSV) rated Clinton 89% on environmental issues and the Humane Society gave her a perfect score of 100% in their 190th Congress Scorecard on animal protection, because she supports prohibitions against animal fighting.

“It is unacceptable for anyone to put the health of our families and our planet at risk,” she said at a LSV event. She continued, “Environmental justice shouldn’t just be a slogan it should be a goal.”

Additionally, Clinton has advocated for a cap and trade system on pollution permits, voted for including oil and gas smokestacks in mercury regulation, sponsored a bill for tax credits to be given in an effort to remove lead-based paint from household structures, a bill regarding health impact assessments on environmental quality in communities, specifically underdeveloped ones, and co-sponsored grants for beach water pollution under the Clean Water Act as well as joined an inter-state compact for Great Lakes water resources.

Over 30 years of service later, whether or not it defends or hinders her, Clinton does indeed have her homework done and efforts to show for when it comes to her stance on the environment.

Simply put, she’s pro-green and Trump is not.

Now, Trump has no political background, which is a given, but more so he has little to no record of trying to help save the environment or the rapidly increasing temperatures of the planet.

In his eyes, it doesn’t need saving, or isn’t worth it.

“Everyone deserves clean air and safe drinking water regardless of race or income. Water infrastructure will be a big priority. We need to work to protect natural areas, but in a balanced way. End Obama EPA mandates that cost too many jobs, are opposed by most states, and too often have negligible benefit for the environment,” reads Trump’s statement on Google.

Little is known when it comes to his promises of clean air and safe drinking water but Trump does feel strongly about the “war on coal.” Coal has gradually been replaced as an energy source by natural gas and become more expensive. That being said, along with coal use going down, so has coal jobs like mining and Trump won’t stand for that.

“Energy is under siege by the Obama administration,” said Trump in the second presidential debate, in response to a question asked by now-internet sensation Kenneth Bone.

A complete reversal on Clinton’s views, Trump does not like Obama’s power plan nor the Paris Agreement and sees it as a barrier preventing new coal mining jobs.

It is not just that he opposes efforts to save the Earth, but rather believes, or perhaps once believed, climate change isn’t even real. He once tweeted, “The concept of global warming was created by and for the Chinese in order to make U.S. manufacturing non-competitive.” His infamous hoax tweet has since been deleted.

Basically, Trump believes that if China, who signed the Paris Agreement along with the U.S., won’t let the warming of the planet slow down their industrial growth then neither should America or risk falling behind in terms of economy to China.

If elected, he would be the only world leader to deny man-made climate change, according to a Sierra Club report.

Trump also wants to cut the EPA’s funding, calling them a “disgrace” on Fox News.

“We’ll be fine with the environment,” he said. “We can leave a little bit, but you can’t destroy businesses.”

When it comes to businesses, Trump believes development supersedes environment. He strongly favors exercising eminent domain, which is defined as the right of a government or its agent to expropriate private property for public use, with payment of compensation.

In his opinion, buying citizens’ property for building purposes is the way to more jobs. He says it is fair because the government would offer fair compensation, even up to four times the amount for one’s house.

“It’s always unpleasant,” Trump told the Breitbart News Network. “They always say you pay them fair market value, but politically, they will pay you much more.”

Additional views of Trump include disliking the Uniform Land Use Review Procedure, a process by which major land use changes get reviewed and approved in New York City, because it takes too long and can be done better by private companies and supports bringing back asbestos, a fireproof material once used in building insulation which caused fatal illnesses like lung cancer after prolonged inhalation – something he believes worked well; that its pros outweighed its cons.

Also, he may be OK with animal torture/abuse, according to this tweet. Although, he did tell TMZ, “I am not a believer in hunting,” when it came to questions regarding his two sons’ many hunting adventures.

As stated, Trump has never served in public office so his specific stances under the issue of the environment are difficult to formulate. However, it is pretty clear how he, someone who denies the existence of climate change, will operate when it comes to the future of Earth’s health.

And so when it comes to the election, the American voter must take into account the importance of their habitat and the plan the new president has in store for it – conservation or exploitation. 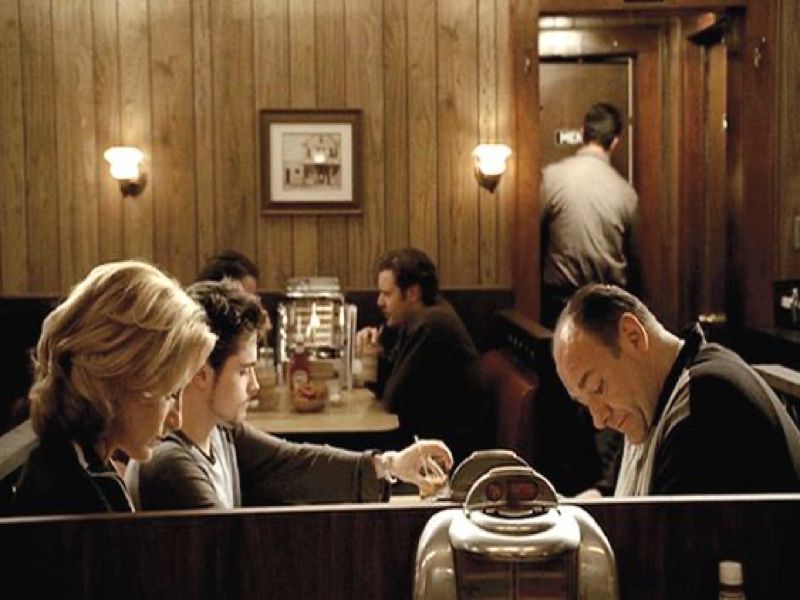 The Most Legendary & Iconic TV Moments Of The Last 100 Years
Through triumphs and disasters, the introduction and proliferation of the television, with all its unlimited programming, has allowed the American people to experience the world from so many perspectives and ...
click here to read more
Advertisement - Continue reading below
Share  On Facebook