Aniston and Theroux reportedly fooled friends and the media by inviting guests to a ‘surprise’ birthday party for Theroux, who turns 44 on Monday, August 10, 2015 and then quickly staged a low-key ceremony with outdoor furniture and wedding party fixtures they had stored in the garden of a vacant house nearby.

And as news broke about the nuptials on Thursday, August 6, 2015, Aniston and her new husband were spotted boarding a private jet at Van Nuys Airport in California.

Multiple reports suggest the plane was bound for the private island in French Polynesia. 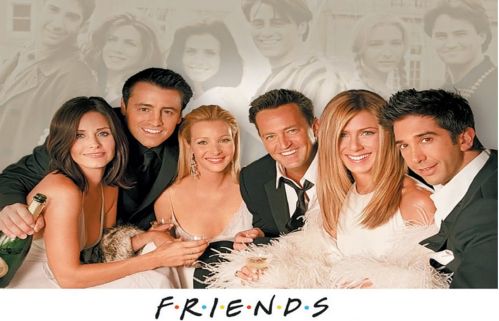 Funniest ‘Friends’ Episodes to Rewatch
With Friends available to stream on Netflix, it is easier than ever to reminisce on the funny adventures of this iconic bunch. With the cast reunion recently announced, here are the funniest and best episodes ...
click here to read more
Advertisement - Continue reading below
Share  On Facebook