May 3, 2016 | By Lauren Boudreau
Advertisement - Continue reading below

On his show Monday night, Jimmy Kimmel took the time to address something serious and close to his heart – climate change.

The late-night talk show host bashed former governor of Alaska Sarah Palin for showing her support for the disturbing documentary Climate Hustle, which is about how climate change isn’t real and scientists are just fu**ing with us.

“I want people to feel empowered to ask questions about what is being fed them by the science community,” Palin says in a video interview clip.

“It’s perpetuated and repeated so often that too many people believe that, ‘Oh, well, if 97 percent of all scientists believe that man’s activities are creating changes in the weather, who am I to question that?'” she continued.

“Exactly. Who are you to question that?” Kimmel replied.

Kimmel went onto guess that maybe the reason Palin wants climate change to happen is because it’s cold in Alaska and the warmth would be welcome up there.

But on a more serious note, he then states that it’s really not a liberal vs. conservative matter, as so many politicians make it out to be.

To further his point, Kimmel made a video featuring real climate scientists telling viewers how it is. In short, they are “not fu**ing” with you.

“The people you’re about to see are scientists,” he said. “They’re Americans. They’re not part of some imaginary conspiracy. They’re just a smarter version of us. Watch this, and if at the end, you disagree, while we’re all underwater I hope you’ll be the last one who gets a snorkel.”

Kimmel also pointed to NASA’s nifty climate change website that has all sorts of interesting and scary facts, like, the “global average sea level has risen nearly 7 inches over the last 100 years,” and “carbon dioxide levels in the air are at their highest in 650,000 years.”

Yet, for some reason, as ThinkProgress reports, there are currently 182 climate change deniers in congress: 144 in the House and 38 in the Senate.

“Almost half our representatives in Washington apparently know more about science than our scientists,” Kimmel said. “Or they pretend to, because big corporations give them a lot of money to make sure they can keep doing the destructive things that they do.”

Ultimately, Kimmel said, it comes down to whether you believe science, or you don’t.

“Why do we believe scientists when it comes to molecules and the speed of light and Cialis, but not this? Because members of Congress – who we don’t even like by the way – because people who take money from companies who make pollution for a living told us not to worry about it.”

I guess for all the “don’ts” out there, you better be good swimmers. 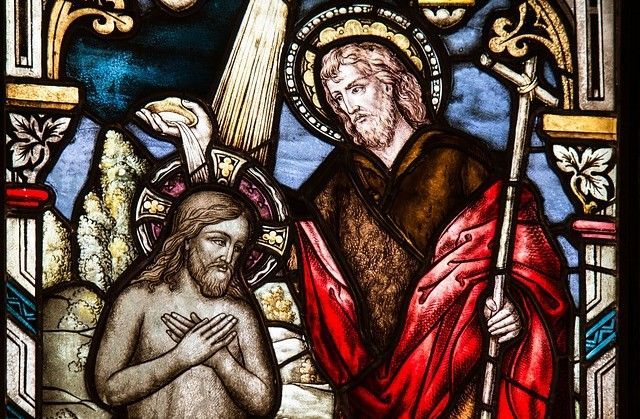 Science Just Proved This Detail in the Book of Genesis
The Bible contains many fascinating stories and lessons, but even most practicing Christians will tell you that not every story is to be taken as historical fact. Take the Book ...
click here to read more
Advertisement - Continue reading below
Share  On Facebook