When Cannici and her wife welcomed a second set of twins named Gia and Gemma, they wanted to capture the first days in a newborn photo shoot with their 3-year-old twins siblings, Nico and Siena.

“Nico and Siena have been so excited for their baby sisters to arrive,” Cannici told The Huffington Post. “They spent months snuggled with mama’s pregnant belly, talking and singing to the unborn babies. Now that they are here, they are incredibly gentle with them, and love holding and feeding them. It is so amazing to see.”

However, when they day came for the photoshoot, it didn’t go exactly as planned. Cannici had rented clothes for her 3-year-old twins to wear, yet they weren’t into them and quickly got bored taking pictures.

“I was so set on capturing Nico and Siena holding the babies in the outfits I had rented. Nico and Siena were SO bored with me, the photos looked terrible,” Cannici told POPSUGAR Moms. “The babies just sagged lower and lower until they were practically on the ground instead of in their arms. I was disappointed.”

She continued, “You should’ve heard me and my bribery tactics: ‘Do you want M&Ms? Jelly beans! I’ll give you four jelly beans each! What do you mean you don’t like jelly beans? They are your favorite!’ It was not my finest parenting moment.”

Cannici then decided to give her older twins a break and let them play for a bit. After a while, the twins came back down for one last photo where she captured the ultimate shot.

“They immediately held hands and wrapped the other arm around their baby sisters,” Cannici told The Huffington Post. “I got them to smile by asking them to ‘act goofy,’ which they recently decided is just a hilarious saying.”

After the shoot, Cannici posted the photos on her Facebook page where she was quick to receive positive comments about the picture. The photo truly shows the strong bond her children already have for each other.

“Several times a day Nico and Siena each say ‘I just love my baby sisters. I will keep them safe forever,’” she said. “We are taken aback by how seamless a transition it has been for all of us.”

The public reaction from the photos has completely “amazed” Juliet Cannici.

“I don’t have a clue how the photo got worldwide attention, truthfully,” Cannici told Your Daily Dish via Facebook. “I posted the photo as my cover photo on Facebook the day I took it, as well as on my business Instagram page, and from there it just took off. I loved the photo but didn’t expect others to respond the way they did. I’m so glad the photo brings some people happiness. When I look at it, I feel such joy and accomplishment, as we struggled to conceive both sets of twins.”

Juliet Cannici hopes the photos will show a positive representation from the LGBT community and shed a light on the struggle she shared with her wife when trying to start a family.

“There is nothing more important out of any of this exposure than serving as a positive example for the LGBT community,” Cannici told Your Daily Dish. “I feel it is important for us to show our struggles, to show what we’ve fought for so many years for, and to now show our accomplishment (which is how I see my children). We have welcomed the messages from members of our community asking about our journey — we always will. It is a very hard path to go down without support, and we are happy to be that support for some.” 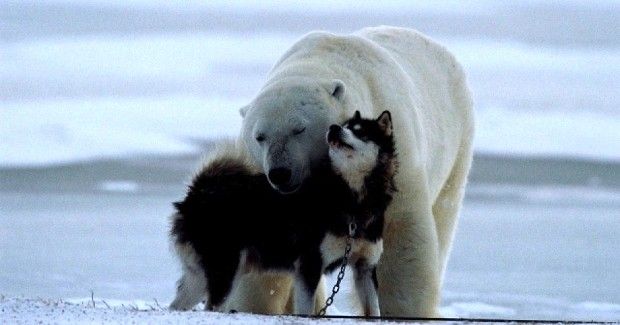 Unlikely Animal Friendships That Will Make Your Day
As humans, we like to believe animals feel compassion and empathy the same way we do. That’s why whenever a story of an animal risking its life for another or exhibiting ...
click here to read more
Advertisement - Continue reading below
Share  On Facebook