This Guy Built a Guitar With 3 Strings and a Shovel, and It Sounds Amazing

Some guitarists are passionate about their instruments and won’t stop until they’ve collected all the greatest ones (looking at you, Eric Clapton). But online sensation Justin Johnson is reminding us that you don’t need a shiny, fancy guitar to sound amazing.

If you’re as talented as Johnson, all you need are three strings and a shovel.

Johnson is a seasoned blues musician from Nashville, who aims to “blur the lines between the traditional and the cutting edge by taking current day music back to its roots and keeping the blues alive.”

He released his second album in August of last year, and has gained an impressive online following with his YouTube videos, in many of which he plays unusual or vintage guitars.

One video in particular has gone viral. It shows Johnson playing a guitar that seems to consist only of a shovel, three strings, and a pickup for amplification. But the music Johnson gets out of this simple assemblage is truly mind-blowing: a fast-paced, twangy tune, complete with a bass line.

Another video on Johnson’s channel shows him performing the Beatles classic hit “While My Guitar Gently Weeps” on a guitar made from an oil can, or playing “Silent Night” on a four-string guitar built from a cigar box. Awesome Jelly has compiled some of his greatest online hits. 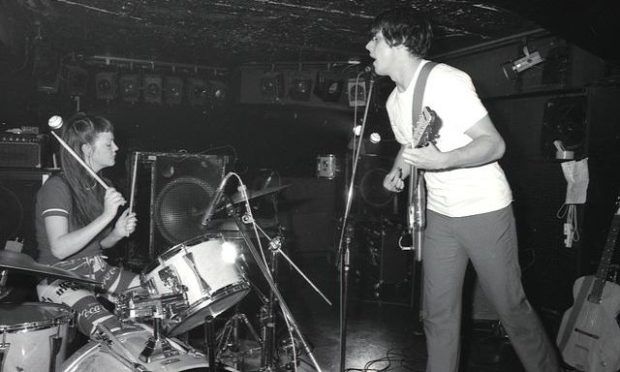