Justin Timberlake’s Early Vote Photo Could Land Him in trouble

Justin Timberlake could be in big trouble after posting a shot of himself voting early online.

The busy star didn’t want to miss the chance to cast his vote for America’s next leader, so he flew home to Memphis, TN after the Trolls premiere in Los Angeles on Sunday so he could stand up and be counted.

He shared a picture of himself at the polls on Instagram on Monday as he cast his ballot, and added the caption, “No excuses, my good people! There could be early voting in your town too. If not, November 8th! Choose to have a voice! If you don’t, then we can’t HEAR YOU! Get out and VOTE!”

However, his snapshot could spell trouble for conscientious Timberlake – Tennessee law prohibits voters from taking photos or recording conversations while voting. Violators face 30 days behind bars and a fine.

And Shelby County lawmakers are taking Timberlake’s oversight seriously – a source close to the District Attorney tells TMZ the case is “under review.”

The law was passed last year and if officials choose to punish Timberlake, he will become the first person to be prosecuted.

There’s no big mystery surrounding who the singer voted for. He has been a vocal supporter of Democrat Hillary Clinton for months. Timberlake and his wife Jessica Biel even threw a celebrity fundraiser for her campaign at their Los Angeles home in August, stepping in at late notice for Leonardo DiCaprio, who had to pull out as host due to scheduling issues.

The former First Lady and Secretary of State faces off with Republican rival Donald Trump at the polls. 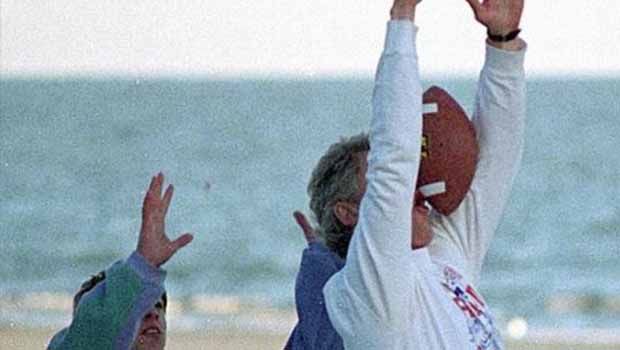