The pop star was an outspoken supporter of Trump’s presidential rival, Hillary Clinton, in the run-up to the November elections, and she has since turned her attentions to supporting causes and organizations under threat from the incoming Republican administration.

One of the issues Perry is throwing her support behind is the opposition to plans to ban Muslim immigrants and keep a record of those already in the U.S., and she has helped to produce a new advertisement to encourage others to join the fight.

The short film recalls the use of internment camps for Japanese-Americans during World War Two, sharing the story of 89-year-old Haru Kuromiya, whose family was placed under government custody in 1942 when she was just a girl.

“We were an American family now living in an internment camp, and our constitutional rights were taken away from us,” Kuromiya explains in the video. “It all started with fear and rumours, then it bloomed into the registration of Japanese-Americans. Then the labeling with physical tags and, eventually, internment.”

The woman posing as Kuromiya then removes her wig and glasses to reveal her real identity, a Muslim-American actress of Pakistani heritage named Hina Khan, reports Entertainment Weekly.

Director Aya Tanimura shared the news of Perry’s involvement in a chat with the Los Angeles Times, revealing she also helped to pay for the prosthetics used in the PSA.

Tanimura said, “I think like a lot of us who are terrified of Trump’s ideals and policies, she is too. And this is one instance where she’s able to help educate someone – even one person – on the horrors of the past and what could potentially be repeated.”

Perry has also recently donated $10,000 to Planned Parenthood to protect women’s rights in light of Trump’s shock election win, while she is set to join the Women’s March in Washington, D.C. on 21 January, a day after the new president officially takes office. 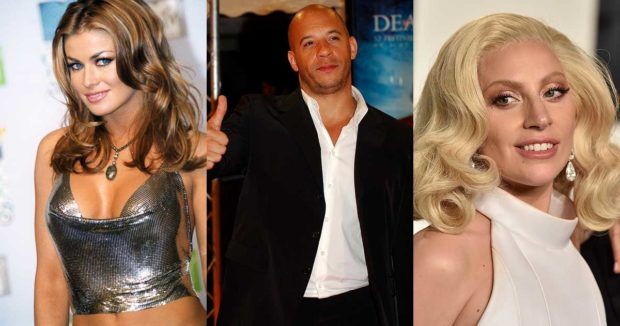 The Real Names of Your Favorite Actors and Musicians
When you’re in show business, half the battle — or more than half, perhaps — is getting people to know who you are. Name recognition is key, and boring names ...
click here to read more
Advertisement - Continue reading below
Share  On Facebook