Khloe Kardashian has spoken out for the first time since her estranged husband Lamar Odom’s hospitalization last week to thank everyone for their support.

The basketball star was discharged from the Sunrise Hospital in Las Vegas on Monday and has been transferred to a Los Angeles medical facility, a week after he was found unconscious at the Love Ranch South brothel in Pahrump, Nevada.

Law enforcement reports suggest the former Los Angeles Lakers star had cocaine and opiates in his system when he was admitted for emergency treatment, and subsequently suffered a series of strokes and organ failure. He was placed on a ventilator to assist with his breathing, but he woke up from a coma on Friday.

Kardashian has reportedly been at his bedside throughout the ordeal and the reality star is now breaking her silence.

“The past week has been incredibly difficult,” she wrote on her website. “I am so thankful to family, friends, and fans, who have sent nothing but prayers and well wishes to Lamar. I also want to take a moment to thank everyone at Sunrise Hospital, including the amazing doctors and nurses for their kindness and diligent work. Under their amazing care, incredible strides have been made.”

She added, “You can never be prepared for an experience like this, but without the outpouring of love and endless prayers that Lamar has received and the strength I was given from my loved ones, it would have been difficult to endure. Thank you for your continued support. God is great!!!”

Kardashian and Odom wed in 2009, but the 31-year-old filed for divorce from the athlete in 2013. Their divorce was reportedly finalized earlier this year, but a judge has yet to sign off on the documentation to make it official.

Kardashian is currently dating basketball player James Harden, but reports surfaced on Tuesday that the two will put the relationship on hold for the time being. 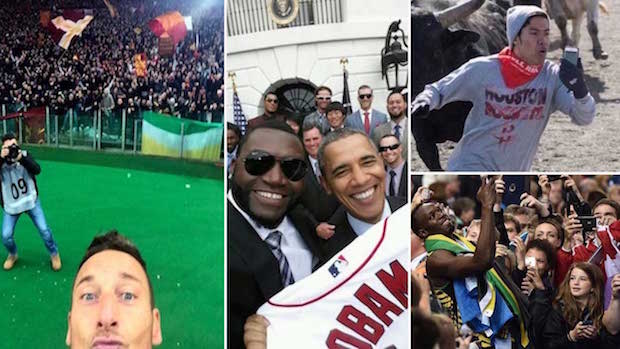