Lady Gaga has been secretly suffering from post-traumatic stress disorder (PTSD) ever since she was raped at the age of 19.

The “Perfect Illusion” hitmaker has been candid about her sex assault since going public with the news in 2014, revealing she was attacked by a producer at the start of her music career.

She has previously detailed the shame and emotional pain she struggled with after her rape ordeal, but it was only after visiting a homeless shelter for lesbian, gay, bisexual, transgender and queer (LGBTQ) youths in Harlem, NY that she shared her PTSD diagnosis in public for the first time.

Her recent trip to the Ali Forney Center was filmed for the Today show, and in the footage, which aired on Monday, Gaga surprised the youngsters with gifts of clothing, make-up, and other treats, while she also performed an acoustic set and offered them her support and words of wisdom.

“These children are not just homeless or in need; many of them are trauma survivors. They’ve been rejected in some type of way,” explained the singer, who runs her own Born This Way Foundation to help and empower troubled youths. “My own trauma in my life has helped me understand the trauma of others.”

At the Ali Forney Center, Gaga spent some time sitting in a circle on the floor with the youths and discussed her own personal issues and the meditation and mantras which have helped to pull her through the tough times.

Expanding on her health problems, she told Today, “I suffer from PTSD. I’ve never told anyone that before, so here we are.”

Gaga teamed up with the Today show to help kick off the NBCUniversal network’s new #ShareKindness campaign, which aims to inspire one million acts of kindness by the end of the year.

“The kindness that’s been shown to me, by doctors as well as my family and my friends, it’s really saved my life…,” the superstar said. “I’ve been searching for ways to heal myself, and I’ve found that kindness is the best way.”

She continued, “One way to help people that have trauma is to inject them with as many positive thoughts as possible. What’s really important, to remind kids that are suffering from a traumatic experience or from abandonment, [is] to remind them that they are not alone, and that they are loved.”

And Gaga admits she feels a special bond with the youths she met in Harlem: “I am no better than any of those kids, and I’m no worse than any of them,” she declared. “We are equal. We both walk our two feet on the same earth, and we’re in this together.”

Addressing Today show viewers, the 30-year-old added, “We, as a world, are suffering from war to children who are homeless, famine [sic] … Kindness is the way of becoming more harmonious and ending those things, and those of us that have, should give to those who have not during the holidays.

“Do one kind act before the end of the year. Just be kind. The act itself, it’s free, and it’s priceless.” 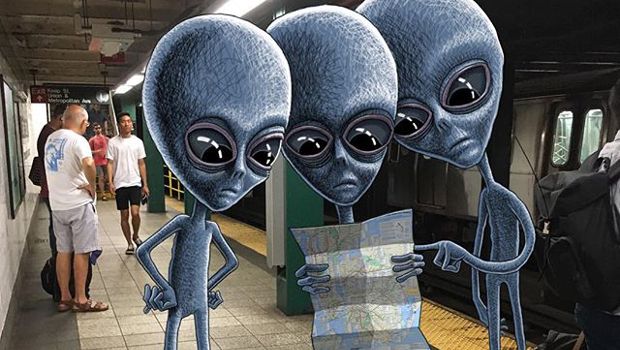