Lazy Dog Only Gets Out of Bed for One Thing

It looks like this lazy dog may have overdone it on the kibble last night. Or more plausible than an irresponsible bingeing dog is just a lazy dog, as dogs can very well be sometimes.

In the adorable video below, lazy dog Max doesn’t want to get out of bed in the morning. He’s offered treats, which only momentarily coaxes him from a self-induced coma; his flashbulb eyes dull quickly as he reconsiders getting up. The bed is too good; he’s just a big toasty cinnamon bun and he never wants to leave it.

At least he’s keeping the bed tidy though, right? We have to throw the dog a bone there.

As Max resigns himself to apathy once again, “Mama” becomes desperate. She has to up the ante here, big time, and apparently she already has a foolproof method.

Brilliantly, at the mere mention of the word “squirrel,” this lab Usain Bolts out of the room, just as his Up counterpart Dug would. He’s like a human reacting to the announcement of pizza.

Our day is made. Make other people’s day and SHARE this hilarious video with them too! 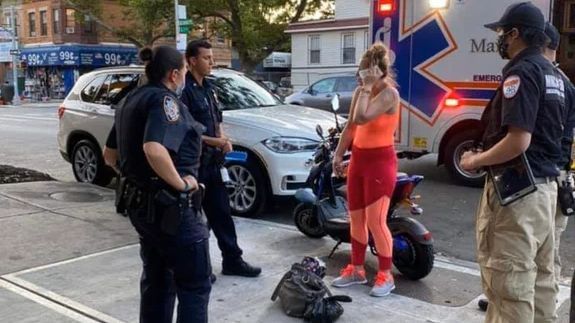 Times ‘Karens’ Acted So Entitled, The Internet Had to Call Them Out
There is no problem with people sticking up for what they believe in. More people should stick up for themselves and fight for what they think is right. However, there ...
click here to read more
Advertisement - Continue reading below
Advertisement - Continue reading below
Share  On Facebook