May 3, 2017 | By Steven Lerner
Advertisement - Continue reading below

As part of our ongoing Mother’s Day series celebrating the unbreakable bond between moms and their children, Your Daily Dish is featuring amazing stories that highlight that special relationship.

If you were to watch a movie about the thrilling life of an international spy, there’s often one element missing — the turbulent adventures of the spy’s family. That’s why Lillian McCloy penned a manuscript about her life as the wife of an undercover CIA officer.

Lillian McCloy, and her children, followed her husband Frank all over the world as he worked in the CIA. From the 60s to the early 80s, they lived in countries such as Spain, India, Japan, and Venezuela.

After her husband passed away in 1986, Lillian McCloy attempted to publish her memoirs. She even changed all of the names and some of the countries in the story.

Unlike other memoirs about CIA family members, this story focused more on the personal life of the spy’s family.

“It generated interest from a literary agent in New York,” Lillian’s daughter Johanna McCloy, a freelance writer and editor, told Your Daily Dish. “But this was in the early 90s, and publishers didn’t know how they’d optimize marketing for this one, so her typewritten manuscript was shelved.”

After her hopes of being a published author were spoiled, Lillian McCloy later developed macular degeneration and became blind.

“She’s still sharp as a tack and sarcastic and funny as ever, but she needs help due to her lack of vision, so she resides in assisted living,” Johanna McCloy told Your Daily Dish.

When Lillian turned 90 years old, McCloy announced that she was going to publish her manuscript.

“She’d pretty much forgotten about it by then. It had been put away for so many years,” McCloy told Your Daily Dish. “After the news penetrated and she realized what I was going to do, she was totally thrilled.  She always dreamed of being a writer, and wow, she was going to be published.”

McCloy transformed her mother’s handwritten document into a Word document. She made a few changes such as dividing the story into chapters.

“I thought it would be a worthy challenge, but more importantly, a valuable gift to my mother and a way to finally share our family’s story publicly,” McCloy told Your Daily Dish. “I wanted to raise my mother’s spirits and keep her feeling vital.”

The book, entitled, Six Car Lengths Behind an Elephant: Undercover & Overwhelmed as a CIA Wife and Mother, was published in July 2016 for Lillian’s birthday. It is currently available on Amazon.

With Lillian McCloy being blind and unable to recall what she wrote years ago in the manuscript, McCloy made it a routine to read her portions of the book each time they were together.

“I can’t wait to find out what happens!” Lillian would say to Johanna after each reading.

After last year’s birthday present, McCloy now must top that for Mother’s Day 2017.

“As for how to top that for Mother’s Day,” Johanna said. “I don’t think that can happen.” 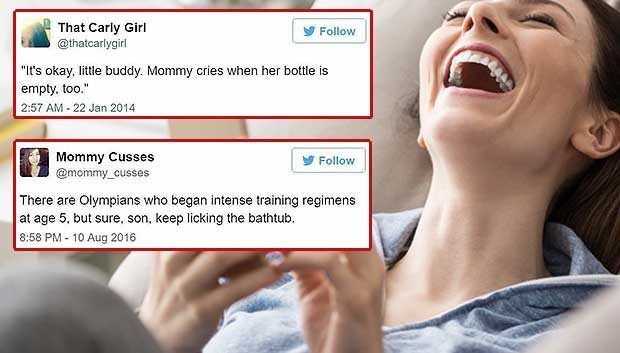