Hamilton creator Lin-Manuel Miranda is set to be honored with a star on Puerto Rico’s Walk of Fame.

The Puerto Rican-American star will add another accolade to his name next Wednesday, when officials unveil the pavement plaque on San Juan’s Ashford Avenue.

“For us, it is great news that Lin-Manuel Miranda will join us during this ceremony,” Puerto Rico’s Walk of Fame founder Santiago Villar said in a statement. “He is an international artist who has given Puerto Rico great pride because of his success with Hamilton. It’s an honor and much happiness that he has accepted our invitation to be present when we reveal his star.”

Miranda’s visit to his family’s homeland comes weeks after taking his final bow as the star of Hamilton earlier this month. The blockbuster hip-hop musical has earned him a plethora of accolades this year, alone, including 11 Tony Awards for the show, a Grammy Award for its soundtrack, and the 2016 Pulitzer Prize for Drama.

But with all the success in his professional life, the 36-year-old has made it a point to use his platform to speak up for Puerto Rico, as the country faces a debt totaling over $72 million.

When the cast of Hamilton performed for President Barack Obama at the White House in March, Miranda spoke at a press conference on Capitol Hill calling on Congress to help the U.S. territory out of its debt.

In addition, he appeared on Last Week Tonight with John Oliver to perform an emotional rap pleading for action, and also penned an op-ed for The New York Times, invoking founding father Alexander Hamilton’s words in a plea for relief for Puerto Rico.

In June, the U.S. House of Representatives passed legislation to tackle Puerto Rico’s debt crisis, and Congress took a large step towards addressing the economic crisis taking over the island. 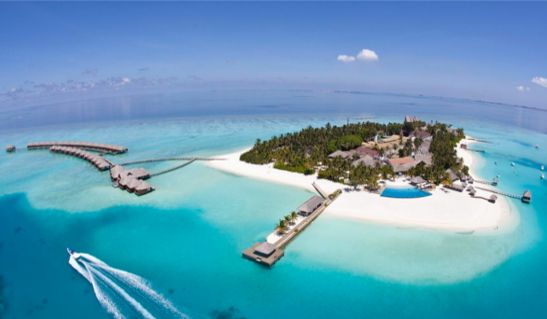 Best Tropical Beaches in the World
Is winter weighing you down? To help you bare the cold weather and to inspire your next adventure, we’ve compiled the best beaches from all over the globe. Whether it’s ...
click here to read more
Advertisement - Continue reading below
Share  On Facebook