Home Alone is a classic holidays movie, but when you put into perspective what young Kevin McCallister had to go through, you realize the long term implications of being abandoned over Christmas and left to fend for yourself against two robbers probably aren’t going to sit well with any individual.

In the premiere episode of :DRYVRS, a new web series created by Jack Dishel, Macaulay Culkin revisits Kevin’s past and it turns out the character’s teenage years weren’t the most uplifting.

Inspired by driving services like Über and Lyft, :DRYVRS follows Dishel as he drives and interacts with bizarre riders through the app. In the first episode, “Just Me in the House by Myself,” we catch up with a grown-up Kevin and see how his past has come to haunt his future.

From the backseat Culkin/McCallister starts to unwind the “nightmares about this bald weirdo dude chasing me around, talking like Yosemite Sam,” and how his family “remembered his bastard of a brother but forgot the cutest fucking eight-year-old in the universe… by far.”

Upon reaching Dishel’s destination things take a turn for the worse when a carjacker holds them up at gunpoint. Luckily, Culkin/McCallister’s MacGyver skills are still intact and he manages to save the day with an intense and twisted ending.

While this probably isn’t the remake you were hoping for, it will send the nostalgia rushing right back. Check out the first episode of :DRYVRS below. 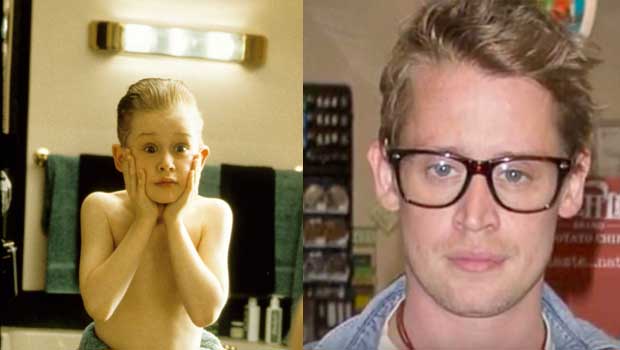 Where Is the ‘Home Alone’ Cast? Then and Now Photos
Home Alone has become one of the classic films to watch during the holiday season ever since it was released in 1990, but have you ever wondered what happened to ...
click here to read more
Advertisement - Continue reading below
Share  On Facebook